An Overview Of Kotlin Multiplatform For Cross Platform App Development

Kotlin is, hands-down, one of the most preferred programming languages among Android developers. But did you know it is also exceedingly popular among mobile app developers for cross-platform mobile application development?

Well yes! As the number of smartphone users all across the globe continues to rise, cross-platform apps have witnessed colossal growth in terms of worldwide adoption and dominance over native platforms. Moreover, it allows wider outreach to potential iOS and Android users whilst furnishing high-efficiency outputs and prominent cost reduction.

In this context, the latest framework that has emerged recently is Kotlin Multiplatform. While it is still novel to the market, it entails promising attributes that will potentially attract more and more developers in the coming years.

In this blog, we will elucidate the benefits of cross-platform mobile app development and explain why Kotlin Multiplatform is the best tool and choice for custom projects. So, let’s get started. 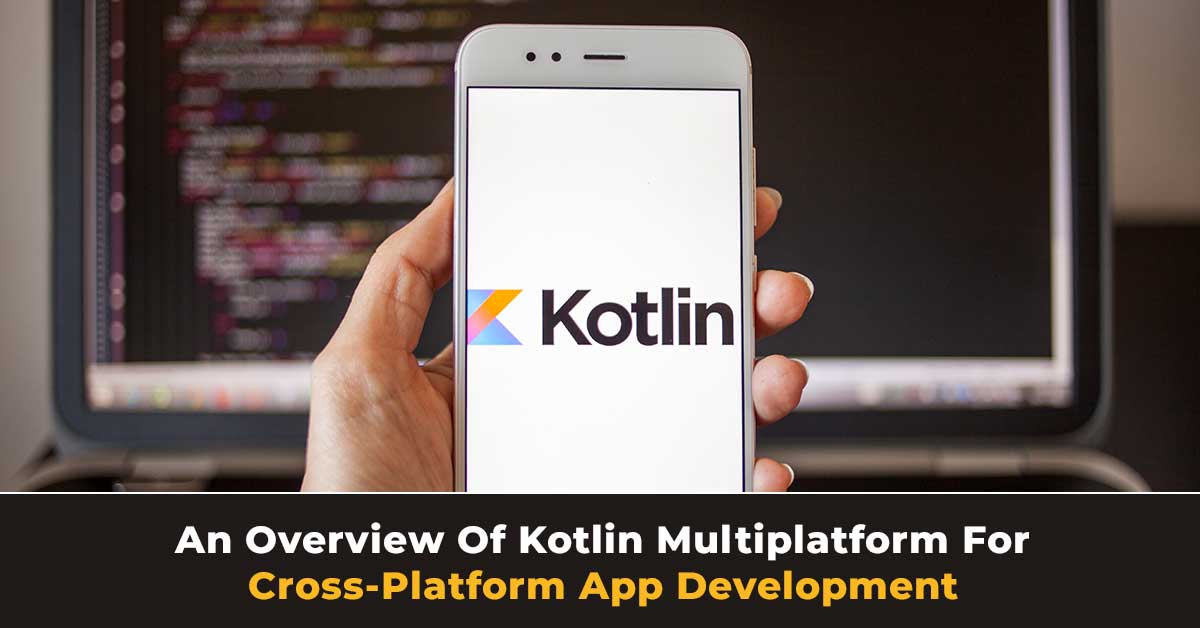 An Introduction To Kotlin

Introduced by JetBrains in 2011, Kotlin is a development framework and a statistically typed language that interoperates fully with Java. It supports both procedural as well as object-oriented programming. Kotlin essentially targets Java Virtual Machine (JVM) but also compiles to JavaScript (for instance, for frontend web apps using React) or native codes through LLVM (for instance, for native iOS applications).

While Kotlin is typically a programming language, it subsequently has an entirely new and different side: Kotlin Multiplatform.

Kotlin Multiplatform is strategically devised to allow seamless compilation for platforms where virtual machines are not possible or desirable, such as iOS or embedded devices.

Some of the target platforms for Kotlin Multiplatform inculcate the following segments:

Furthermore, as the multiplatform library ecosystem is expanding, a number of big libraries such as Apollo, SQLDelight, Koin, and Ktor have already embraced and adopted Kotlin Multiplatform.

Kotlin Multiplatform Mobile is basically a software development kit (SDK) for Android and iOS app development that furnishes all-inclusive application benefits of constructing native, as well as cross-platform apps with code that is shared between iOS and Android.

The alpha was initially released in the year 2020, therefore many companies are slowly making the switch and waiting for it to be more accessible. However, there are various production applications that are running using KMM including Netflix, Philips, VMWare, and Leroy Merlin.

Why Select KMM For Your Project?

The benefits of Kotlin Multiplatform include:

Moreover, in Kotlin Multiplatform Mobile, developers can use a single, shared code to write:

Also, the shared module entails all the common logic for both iOS and Android applications. When the scripts are compiled, it subsequently builds into an iOS framework and an Android library.

KMM encapsulates a common code that seamlessly implements your business logic and then the shared module defines and enumerates what is utilized to invoke any particular native APIs in the application.

For instance, if you have a unique identifier (UID) in the common code, you can incessantly designate a call to a pre-determined operating system while leveraging either of the two libraries.

How Does It Differ From Other Cross-Platform App Development Approaches?

Many a time, you might wonder why Kotlin Multiplatform should be selected for any cross-platform app development projects when there are already many successful frameworks and cross-platform approaches available in the market such as React Native and Flutter.

Moreover, Kotlin Multiplatform does not offer a build once deploy anywhere solution. This is because it does not recreate common UI for both iOS and Android. Rather, the UI is separately coded for iOS and Android using native code, thereby separating the UI as well as the business logic layer by default.

Kotlin Multiplatform only emphasized and focuses on sharing common code by capsulizing it into a single codebase and then architecting a separate native app for the respective platform. Hence, it largely helps in saving development time, reducing code duplication, enhancing user experience, and increasing operational efficiency.

Also Read: Why You Need To Build Your Own Automated Employee Time Tracking Tool

Looking For Cross-Platform Mobile App Development Services For Your Business?

At Oodles Technologies, we provide full-cycle hybrid and native mobile app development solutions to businesses across a myriad of industries such as eCommerce, real estate, gaming, education, FinTech, media & entertainment, and more. As an established mobile app development company, we enable businesses to transcend the boundaries of workflow efficiency and take their operational productivity to the next level. Our cross-platform and hybrid application development reduces the time to market and brings agility to varied business models in a comprehensive way. We have hands-on experience in robust tech stacks and languages such as Kotlin, Flutter, React Native, Xamarin, Unity, Unreal, and more, thereby empowering organizations to overcome complex business challenges with minimal time and effort. The seasoned mobile app development team at Oodles Technologies offers futuristic development strategies and solutions and helps in architecting feature-rich, dynamic, lightweight, robust, and custom hybrid & native for a multitude of mobile platforms and operating systems. If you are looking for enterprise-centric mobile application development services for your project, feel free to connect with us. Our experts will get back to you within 24 hours.