Why You Should Choose React Native for Mobile App Development

In this digital age, everyone thrives on quick information, and most businesses want to give a better mobile app experience to their users. There are so many mobile app development frameworks available and React Native is one of them. 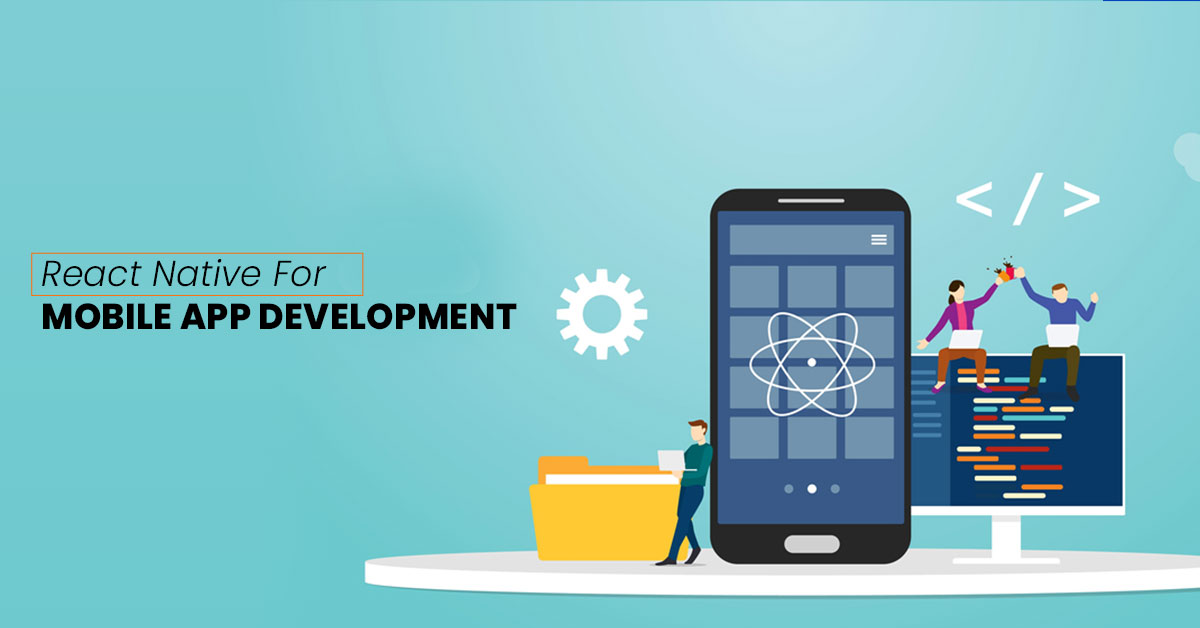 What is React Native?

React Native is an open-source framework for mobile app development launched by Facebook. Entrepreneurs have a soft side to React-Native when it comes to choosing because of its scalability and functionality. There are so many famous companies already using this framework. Many tech giants, including Skype, Tesla, UberEats, delivery.com, Facebook, Instagram, Pinterest, Vogue, Bloomberg, and others, have turned towards React Native for iOS and Android platforms.

You also get benefits in cost when choosing React Native. This framework lays the ground open to all formats for a user to access the particular app. It allows you to operate as hybrid mobile app development lucidly. One of the most asked questions is "How does React Native works?" and the answer is simple! React Native allows programmers to create mobile applications by spinning up JS threads that interpret JavaScript code and making a native bridge between the app and the target platform.

Below are some of the top reasons listed for choosing React Native.

It allows you to use the same code for developing both Android and IOS applications. Thus, it gives the same performance outcome without any additional changes. Within no time, you can design a mobile application for your kind of business. The need for different languages like JAVA, Swift, C++, or any other is no longer required. All you need is a profound JavaScript developer with a Native UI library, APIs, and hybrid mobile app development.

When you are starting your business, money is the most significant factor you are concerned about. Every start-up wants to achieve fast returns to survive in the tech-savvy market. One has to develop faster and stay longer. The big reason to hire React Native developer is you will save time and money when choosing React Native for mobile app development.

3- Multiple outcomes under one undemanding solution

Based on ideas, react native mobile app development allows you to perform complex tasks using simple codes. This framework uses the UI library created by Facebook to make more specific codes for implementing and executing ReactJS. At the core of it, react native mobile app developer has the 'Live Reload' feature. It allows us to operate on real-time code changes and make corrections while the app is loading.

4. The goal is affixed on UI and access to Native API

This way, one can make UI look precisely like JavaScript and less of a framework itself. It's a pattern used to simplify the process and make UI work smoothly to give high end quick responsive outcomes. Build a mobile app for your business without any complexity.

5. The Primary code base for Android and IOS makes things straightforward

The foundation-level programming uses the same code for both OS. It's like deploying the same app to all types of mobile operating systems. Recompiling the app becomes easy without any changes in the framework at any level you want. The entire module is written in a comparable language to link it with react native mobile app developer.

6. The journey from transforming a web page to a mobile app is super easy

With fragmented modules and intuitive code overlays, react Native is interfaced clearly and adequately. That means any developer can understand the sequence of codes run by the application. There's no need to have a core developer team to keep accessing the app. In times of changing staff and seeking outer boundaries, one can quickly adapt to the development, and the situation does not stop the app's development.

The basic building blocks of such an app are compiled to their roots that are native platforms. WebView system components can be completely overlooked while using hybrid mobile app development.

All the codes are comparable with React for both IOS and Android. With a handful of institutions, it functions relatively more efficiently and reacts faster to all conjunctions. The fundamental units of React Native are open to serve all demands for mobile gadgets. Thus, it performs lucratively under a mobile environment.

Generally, native processors are central processing units, but react-native choose to go with graphics processing unit to make its user interface easily mounted. Compared to other cross-platform mobile app development and android frameworks, it allows us to create and execute faster and increase the agility of the app.

It is compatible with 3rd party plugins, and React Native tools provide smoother run-time. With the lucrative framework, with its well-diversified modules, the 3rd party involvement is made much easy. Without using WebView one can easily connect the module to the plugin via the native module. This phase is directly linked with app outcome features that allow it gives a faster response. The React Native for iOS and Android platforms uses much less memory space, as cross-bridge linking is not required, and most of the codes are used during run-time.

There are several ways in which a developer can get benefited by using React Native App Development.

However, the points mentioned above are the most common ones that you should always consider before launching your mobile application. Suppose you amalgamate a well-built application with a well-designed and positioned one within the niche. In that case, you are definitely bound to garner higher usage results with an increased number of downloads.

For further information on mobile and web app development, contact our team of experts.

How to work cron job scheduler in spring boot

Scheduling is a process of executing the tasks for the specific time period. Spring Boot provides a good support to write a scheduler on the Spring applications.

Want to Show Notification in Header in symfony

Why golang is preferred over java for concurrency.

In this blog, we will discuss why golang is preferred over java for concurrency.