First-mover advantage is usually crucial in any innovative technology solution. That's why mega-companies such as Meta Platforms, Microsoft, Nike, and Samsung are preparing themselves for the coming of the Metaverse. They want to be at the vanguard of the significant changes that the Metaverse will bring to virtual interactions between individuals, between corporations, and between them both.

What exactly is the Metaverse? The simplest answer is that it is a virtual realm presenting mega opportunities. At the present, it is a vision of the future in which personal and corporate life are performed digitally in tandem with our existence in the physical realm. Doesn't this seem too much like science fiction? The Metaverse is attracting a lot of attention and engagement in the software industry and beyond, despite the fact that it doesn't exist yet. 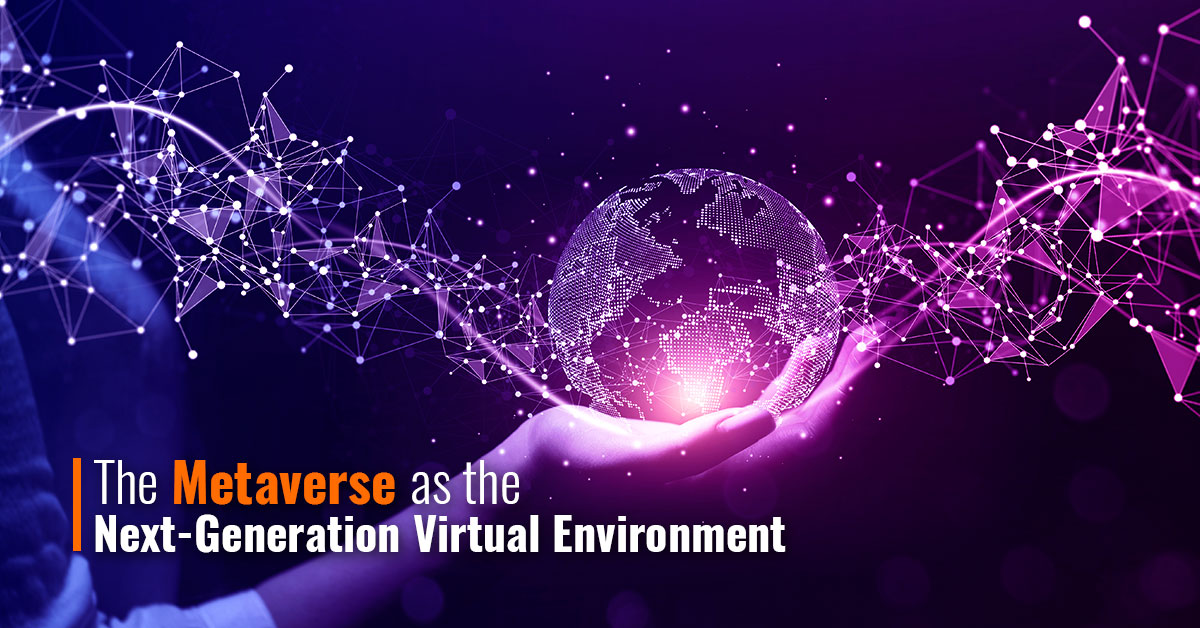 The Metaverse as The Next Big Computing Platform

According to technologists, the internet will certainly develop into the metaverse, which will become the next significant computing platform. If the concept is realized, it is projected to have the same profound influence on society and industry as the smartphone.

Today, the internet is often the primary entry point for millions of people to access information and services, connect and socialize with one another, sell items, and entertain themselves. This brand value is projected to be recreated in the metaverse, with the key distinction being that the difference between being online and offline will be much more difficult to discern.

This could exhibit itself in a variety of ways, but many experts predict that "extended reality" (XR) — the combination of augmented, virtual, and mixed reality — will play a significant role. The assumption that virtual, 3D worlds that are accessible and interactive in real-time will be the revolutionary medium for social and corporate engagement is central to the metaverse concept. These surroundings will be dependent on the increasing application of extended reality if they are to become a reality.

People have lost trust in the traditional internet as it has become more centralized. The accumulation of power and data has divided society, and more individuals are migrating from the conventional online world to the blockchain world, or upgrading from the traditional internet to the meta-universe. The blockchain is the fundamental building block of the meta-universe. The blockchain's basic idea is to "create trust," and one way to do so is to use fair statistics.

The Metaverse and Blockchain

According to blockchain enthusiasts, the meta-universe world is a type of blockchain world with intelligent contracts, a realm that follows the blockchain's decentralized value, and its numerous branches can be stretched to represent learning, life, medical treatment, gaming, charity, and profession. In other words, information in the metaverse must flow freely and be widely accepted; the value saved by users in one node might become the value for another node.

Why Is Blockchain A Linchpin of The Metaverse?

While the internet enables PayPal and credit card transactions, the blockchain has decentralized metaverse apps and NFTs to aid in the creation of a digital economy in the metaverse. Blockchain app development has shown effectiveness in six essential metaverse classifications: digitized proof of possession, digital collectibility, value transfer, transparency, accessibility, and interoperability. Blockchain technology is suited for the metaverse as it offers a fair and cost-effective alternative.

Blockchain in the metaverse offers a mechanism of coordination and loyalty, shatters the circumstances of fragmentary sand, and fixes the issue of identifying and transacting wealth authority from an economical perspective using the power of data encryption, thus establishing trust for the meta-universe.

According to numerous projections, Non-fungible tokens (NFTs) – which was chosen as the word of the year for 2021 by Collins Dictionary – would play a major role in the metaverse. To put it as clearly as possible, NFTs are blockchain-based tokens that may be used to establish ownership of related digital assets. We've mostly seen them used to trade digital art, but they may theoretically be linked to anything, even 3D virtual avatars, game assets, and real estate.

NFTs will be used extensively for accessing regions of the metaverse and demonstrating that someone has the authority to regulate who can and cannot enter or use a specific component of a virtual world. Most of the blockchain games that will operate in the metaverse will also use NFTs as rewards.

One of the primary functions of NFTs in the metaverse will be to allocate value to objects. Because anything digital ultimately exists only as ones and zeros, it can theoretically be reproduced and disseminated an unlimited number of times. NFTs provide us with a framework for assigning value to digital objects since they may be used to verify that someone is the lawful owner of a specific object.

Web 3 is an Internet in which payments and resources are digitally native, where decentralized applications compete with centralized applications, and where users have complete leverage over their identities and data. The most crucial component of Web3 is the incorporation of one or more extra layers based on blockchain into the present Internet, offering extra capabilities and limits to Internet applications.

Web 3 is a much more precise paradigm that provides obvious remedies to specific issues of the Web 2 internet. It is a resistance to the walled-garden environments created by social networks such as Facebook and YouTube, which have resulted in people's data being collected, their privacy being violated, and their ability to manage the content they generate being suppressed. Web 3 undermines that model by addressing the questions of ownership and power directly.

Significant Technologies of The Metaverse

The Metaverse necessitates interactive technologies such as VR, AR, and XR, artificial intelligence, blockchain, and the internet of things.

The Metaverse’s Features and Challenges

All of this explains the metaverse's basis, but it cannot foretell how it will look. Indeed, we are still at the conception phase of the metaverse.

Obviously, there are reasons to be concerned about what the metaverse services entail for privacy, whether it will be egalitarian, as well as how to restrict possibly harmful information and settings. Since the metaverse is still in its initial phases of development, these traits may be incorporated by design.

The notion of the metaverse is intriguing, which is why most of the world's largest tech firms are funding its development. It has the opportunity to alter consumer and business behavior if it is successful.

If you are looking for metaverse enterprise services, connect with our experts. We will get back to you within 24 hours.