Metaverse Experiences And The Potential Applications

Presently, we interact with the internet via the screens of our smartphones, tablet devices, and laptops. We browse the internet but aren't engrossed in it.

Now consider a virtual space in which you have your own 3D avatar. You can spend time with your buddies and do almost everything else you'd do in real life. Play video games, attend concerts or even go shopping. It's an entire world that exists alongside the real world.

This parallel virtual world is the Metaverse.

We aren't yet in a real metaverse, but many means to experience the metaverse are already accessible. Some of it may be accessed with augmented reality (AR) and virtual reality (VR) technology to fully engage users in the digital realm. AR integrates the physical and digital worlds, either via AR goggles that modify what you are seeing or by manipulating what you are seeing on the screen of your smart devices. Virtual reality (VR) is a virtual experience that can be identical to or distinct from reality. Some highly developed technologies even have sensors that transform your gestures and facial expressions to your virtual avatar.

Some organizations are wagering that these captivating experiences are the future of the internet. In fact, in 2021, 58.9 million Americans have used a virtual reality headset at least once per month. This is an increase of 16 million over 2019. 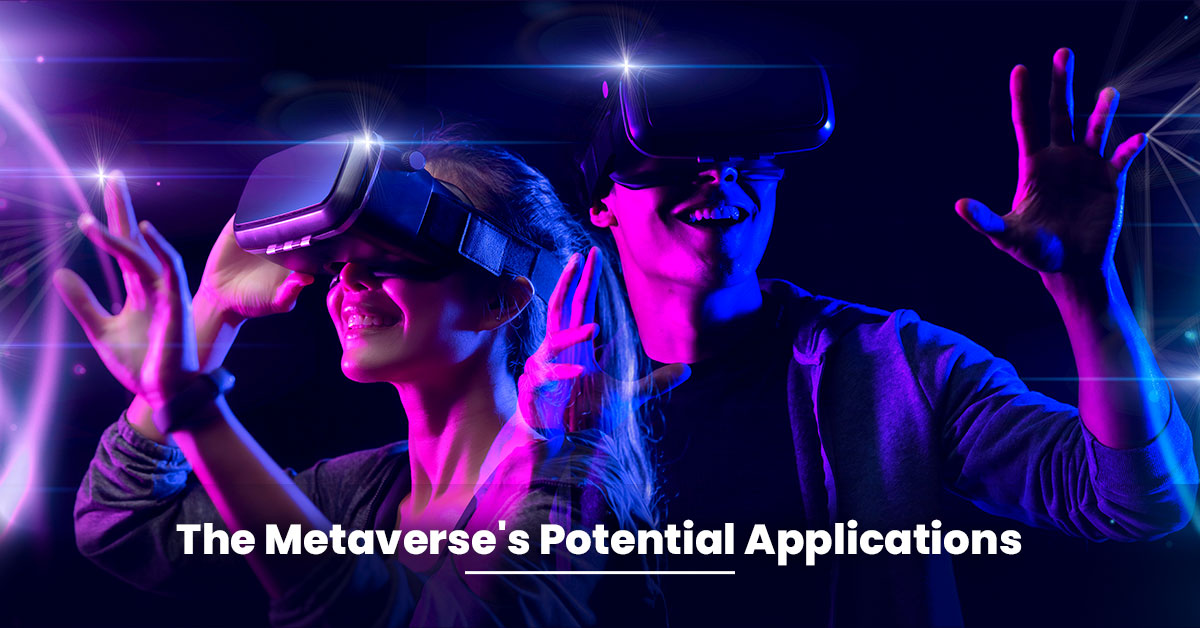 The concept of the metaverse is not novel. Elements of it can be found on various prominent platforms:

Roblox and Unity are two platforms that have revolutionized game development by allowing millions of artists to deliver games.

Vr technology can even assist businesses in providing client experiences in the metaverse that they would be unable to provide in the actual world.

That will eventually change as the metaverse alters schooling into a more comprehensive social experience. It will empower brilliant instructors from all over the world to lead by providing them with tools for their creativity. Everything from traditional schooling to corporate training to skill-based learning will be impacted.

There is no single entity that owns the internet. Every website is a mini-island of itself. Internet users navigate between the various islands of social networking sites, banking, shopping, journalism, online collaboration, and other services.

The metaverse's purpose is to offer a comparable experience but in a virtual world. Instead of ending a meeting in Microsoft Mesh, then signing off and login back into Second Life to hangout out with pals, users could do it all in the same virtual reality. You may work on a project with coworkers in one section of the metaverse, then visit a virtual dealership to inspect the newly launched product. There could also be the possibility of creating your own experiences. You would be free to explore and create in the metaverse.

You might even be able to engage in a virtual economy. You might purchase virtual real estate or amass a collection of digital things in the form of non-fungible tokens (NFT). Anyone who has played a game with digital cash is already familiar with online purchasing experiences. Cryptocurrency is frequently acquired with real-world money. Users are indeed equipped for investing real money in digital environments based on existing video games and other platforms.

The metaverse is the internet's successor. We don't know when or how the metaverse will emerge, but it's definitely on the road. Even if we don't know exactly what it will look like though.

An increasing percentage of creators are combining, integrating, and linking, embracing a new era of creator-oriented tools. It will lead you to realms you never thought possible.

If you are looking to implement metaverse services in your business, connect with our experts. We will get back to you within 24 hours.