AR And VR: What Is Next For Progressive Web Applications

AR & VR: What Is Next For Progressive Web Applications

With the release of Firefox 89, Mozilla has opened new doors for web app developers. The version, in particular, contains protection from supercookies, i.e. cookies that can potentially impact user privacy and refuse to support Progressive Web Apps in a separate window. However, as PWAs have significantly replaced desktop applications, there is a significant probability that Google and Microsoft will innovate with the existing technologies & features, the next-in-line being augmented and virtual reality web app integration.

AR/VR is tremendously unbolting up the possibilities of how people interact with the world and the data around them. The probable name in this segment is WebXR. With the WebXR Device API at its core, it offers the functionality required to bring both virtual and augmented reality to the web. These technologies in combination are referred to as cross reality (XR) or mixed reality (MR). Mixed reality is a complex and large subject. With much to innovate & implement, it creates engaging experiences for users in amalgamation with many other APIs. 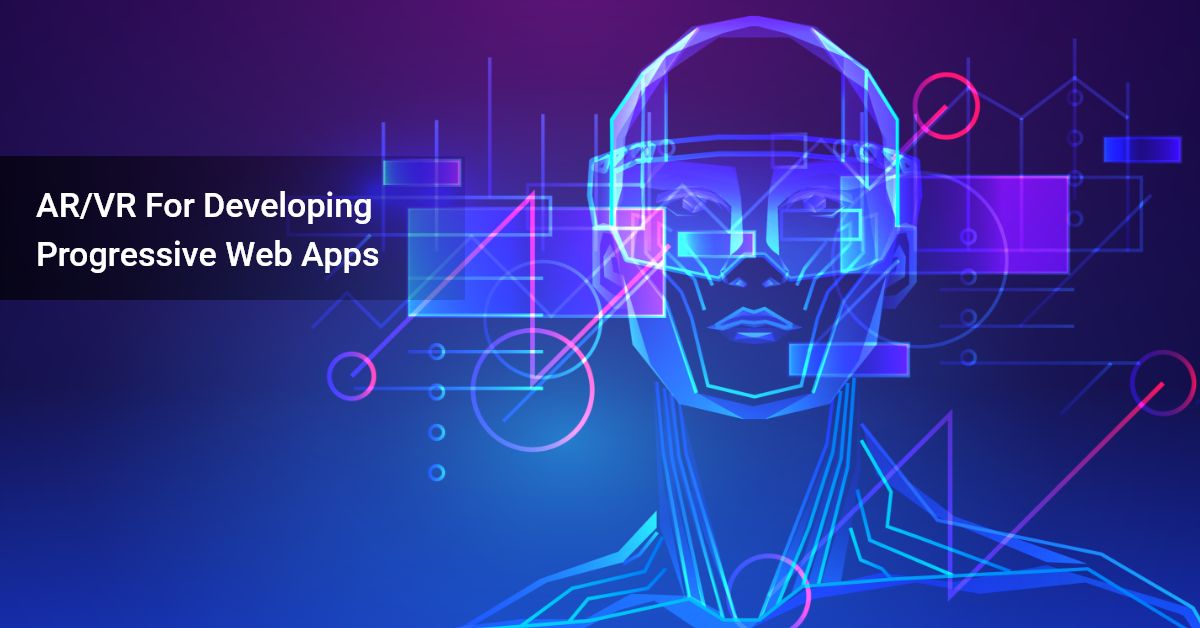 The Technology Gap is Closing

There are numerous reasons to believe that very soon, web apps will start to look a lot like native apps because of the upcoming technology trends. Augmented reality and virtual reality are slowly expanding their roots in the web app segment.

We believe that in the near future, a fully or semi transparent device will be used to be worn as glasses. It will also replace the mobile device as our personal computer. The most crucial difference between smart glasses and smartphones is the flexibility to access contextual information. In the existing era, we can only witness quick sights of value on our smartphones, essentially with location-based information. However, in the future, we will see our workout and exercise data on the road as we run or jog, log food details when we look at it, or instantly translate a language that we do not speak.

Also Read: Developing AR & VR Applications For eCommerce
Why AR/VR On The Web?

WebVR: It was built initially to target the first segment of VR devices that were launched such as Oculus, Vive, Daydream phones, Windows Mixed Reality, and more. It is now available while using a compatible browser or device.

WebXR: It was built to target a broad range of immersive gadgets beyond just VR. These inculcate AR devices such as Microsoft HoloLens, Magic Leap One, and mobile phones. The current WebVR apps, however, won’t run out of existence, thanks to the WebVR polyfill which offers WebVR for as long as WebXR exists.

Web technologies function on a plethora of devices and so do WebVR and WebXR. This makes it arduous to make sure that apps work seamlessly across an array of immersive hardware.

Few of the devices only detect rotation (3dof) and do not let the user walk around the space. Some do not have controllers, some you can see through, some are handheld. Some have controllers that track rotation and position (6dof). WebXR offers the capability for applications to query supported tacking and spatial modes and commence XR sessions for specific modes.

Although innovation for desktop browsers appears to be a bit limited in recent times, a lot of experimental browsers have emerged around the immersive web. They extend intuitive insights into new ideas that can make WebVR and WebXR much enjoyable and easier to consume.

If you are looking for Progressive web app development solutions, feel free to drop us a line. Our team will get back to you within 24 hours.