In this new age of cloud-native design, development, and deployment, hyper agile infrastructures are primarily based on an assortment of components, known as microservices, that run for the majority of parts on containers in orchestration engines like Kubernetes. With these new architectures, the IT industry has witnessed new ways of constructing software-defined businesses that seamlessly run on automated infrastructures and support platforms that are continually developed and used for managing a wide range of applications at scale.

In this blog, we will uncover a high-level overview of what enterprises should consider when creating, managing, and deploying microservices for cloud-native applications. 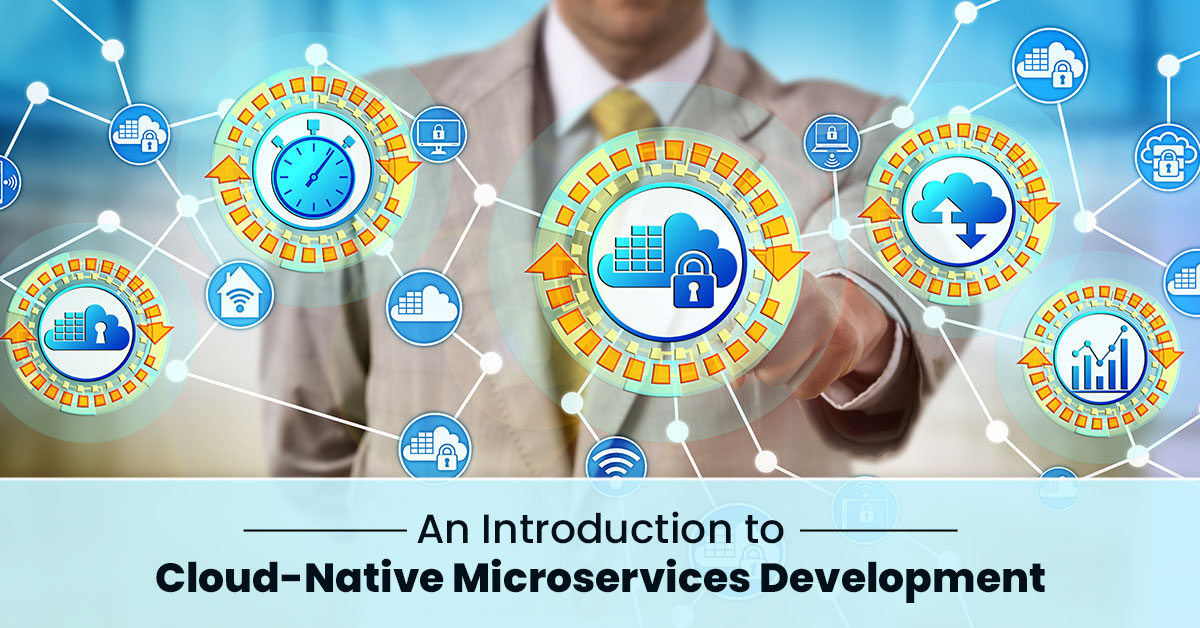 Cloud-native microservices denote an app design strategy in which the development team divides the application into a series of discrete units, referred to as microservices. Each microservice can independently operate from the rest, however, they share data and interact with other components over a network to facilitate network functionality.

Microservices architectures have been around the software development sector more than cloud-native computing. While the term cloud-native was brought into the limelight by the success of companies such as Netflix by taking full advantage of the cloud capabilities, whereas microservices started to gain prominence more than a decade ago. Part of the reason why software developers conceptualized cloud-native as a distinct approach to app design, development, and delivery was that a plethora of applications was gradually migrating to microservices architecture.

Designed to run on the cloud-computing architecture, with cloud-native applications, it is inevitable to take advantage of the scalability and automation that the cloud furnishes. Such applications can use microservices where an app is fragmented into a series of small services, making it more adaptable and flexible.

Moreover, cloud-native is more than just about microservices- consumable services and distributed infrastructure are also pivotal components of the equation. However, microservices app development inarguably became the most vital element of a cloud-native strategy.

Having said that, cloud-native microservices don’t essentially have to run on the cloud. App developers can leverage platforms such as Kubernetes to deploy them seamlessly on-premises.

What Are The Advantages of Cloud-Native Microservices

Here are some of the benefits of developing cloud-native microservices applications for enterprises:

The Functioning of Cloud-Native Microservices

The microservices are packaged in containers that communicate and connect with APIs. Here are some of the functionalities and key capabilities of cloud-native microservices applications.

Containers like Docker are used to isolate each module of applications. Furthermore, all individual containers can be simultaneously deployed and it is even possible to deliver them in various languages. Containerization alleviates the perils of any conflict between libraries, languages, or frameworks. As containers have the ability to portability and operate in isolation from each other, it is relatively effortless to construct a microservices architecture with containers and shift them to any desired environment.

APIs facilitate the connection between individual microservices and containers. With APIs, microservices can seamlessly interact and share data with one another and they also act as the glue between loosely coupled services.

When there are multiple microservices in containers, there should be an effective strategy and way to manage them. Container orchestrators such as Docker Swarm and Kubernetes along with orchestration tools can be used for load balancing, managing resources, deploying and provisioning containers onto the server, and scheduling restarts after any internal failure.

Also Read: Exploring The Implications of Microservices and Micro Apps

How To Build Cloud-Native Microservices?

As an architectural style, developers can implement microservices in a myriad of ways. There is no one methodology or tool to architect a microservice application. However, there are a few guidelines that are beneficial to designing and building cloud-native microservices applications.

While it is possible to manage code within a single repository for all microservices, however, we suggest that it is not the best practice. In order to simplify the development as much as possible, we recommend managing the code separately.

For the exact same reasons, deploy each microservice into the production environment as a single and separate unit, instead of all at once. Otherwise, software developers will not be able to update one microservice without affecting the entire application.

Developers can strategically design microservices to directly communicate with external endpoints. However, a better approach is to use an API gateway in the form of an intermediary.

There are two main merits of using an API gateway with microservices – firstly, it streamlines and simplifies the deployment process of microservices since microservices don’t need to figure out the exact location of external resources since they only need to identify where the API gateway actually is. Secondly, the API gateway can manage and validate requests, which truncates the security and performance issues.

Over an internal network, microservices can share data directly with one another. However, a better approach is to leverage an intermediary infrastructure layer, particularly, a service mesh to handle and manage communications.

Service meshes are used to manage requests between microservices. Like API gateways, they offer similar security and performance benefits. The major difference is that an API gateway acts as an interface between external resources and microservices, while a service mesh handles all the internal communications.

In the past few years, cloud-native microservices applications have witnessed monumental growth and are predicted to be the core of software development in the coming years. Microservices not only help in solving the challenges of monolithic applications but fusing it will cloud-native capabilities magnifies the ease of the software and app development process profoundly. This approach also helps in speeding up the app development and deployment lifecycle, ultimately leading to a surge in your organization’s innovation output.

If you are looking for SaaS development services or seeking to deploy cloud computing capabilities in your system infrastructure, feel free to drop us a line. Our experts will get back to you within 24 hours.