Unit testing is one of software testing which puts in the early testing phase where the smallest elements or the modules of a software are tested separately. With this method of testing, both testers and developers can isolate each module, identify and fix the system defects at a very initial stage of the software development lifecycle (SDLC). Unit testing is one of the simplest and first measures that developers should take to reduce bugs in production. 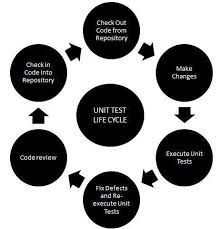 The unit testing in software testing usually follows this framework:

Automated unit tests reduce the number of bugs leaked in the production. The best unit testing will come from a developer very close to the project, and writing unit tests helps some developers to understand the code in a better way. It can often be a good way for new developers on the project to get to know the code if it was written by someone else so the new user can easily understand this.

She is a quick learner and hardworking. She works effectively.

Importance of TestNG and its Advantages

In this blog, we will discuss how TestNG framework is used and its advantages of Integrating with Selenium.

How to Automate Api using Postman

Why Mobile App Testing is Important

In this blog, we have described the uses of mobile testing and explained why it is important.