Docker-compose is basically used for multi-container docker application. We can manage these containers with single commands.

1. Execute the command for the current stable release of Docker Compose.

2. Assign executable permissions to the binary:

Let's create a spring boot application with REST service has a POST method in the controller.

The code has one method to save user details. It calls the saveUser() method of UserService.

1. Line number 1 sets the version of the docker-compose. like the version is 3.
2. We need a mongo image to run mongo in Docker container, Line no 4 uses to create mongo image mongo:3.6.18-xenial.
3. Specifies a custom container in line no 5.
4. restart:always in Line number 06 configuring for how to restart containers when they exit.
5. Line number 9 maps the host port of the container's port. Mongo basically listens on port 27017 that is different from the network of your system,also known as host network. On the other side, the mongo client will try to connect with the port specified 27017 of the host network.
6. Container shares the host networking namespace by specifying the host network in the mode at line no 9.
7. Map a directory of our local filesystem in docker where mongo writes data.HOME/mongo will mount as /data/db inside the running container.
8. Line no 12 and 13 determine whether or not the containers for this service are health.
9. Line no 16 instruct docker com[ose to build spring boot image.
10. Line no 18 and 19 specifies the user-service container depends on mongo container. So Docker-compose will start the user-service container.

At times, you will need to pass environment variables to containers.

One use case for Mongo is to create additional users, initialize collections, and indexes at build time.

The trick is to use the MONGO_INITDB_DATABASE variable that allows you to specify the name of a database to be used for creating scripts in /docker-entrypoint-initdb.d/*.js .

means, if you supply the image with init scripts, it will run them against the $MONGO_INITDB_DATABASE database.

The code of mongo-init.js is this.

This command is basically used to start the service.

The figure shows the output. 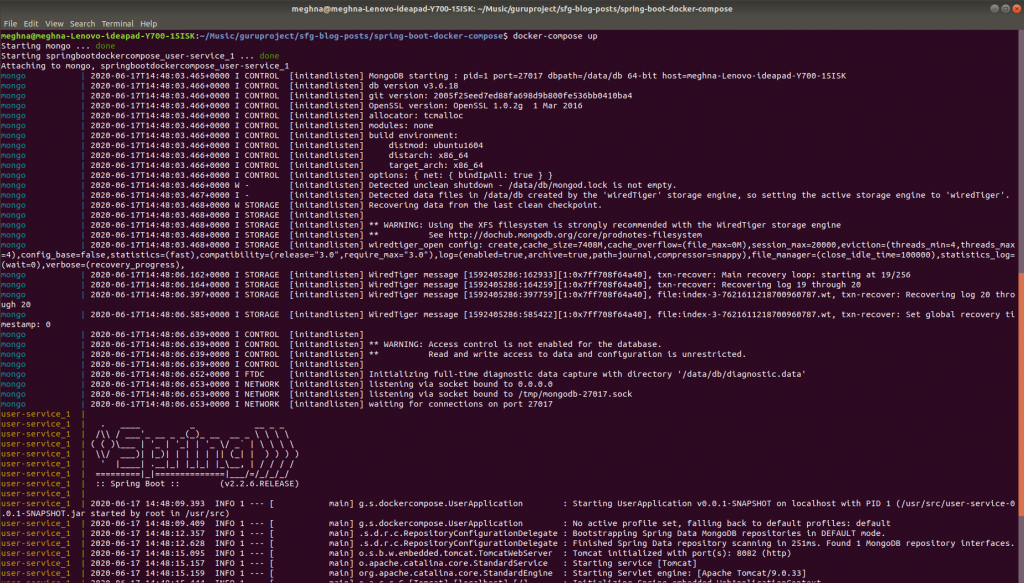 This command is used to check running containers 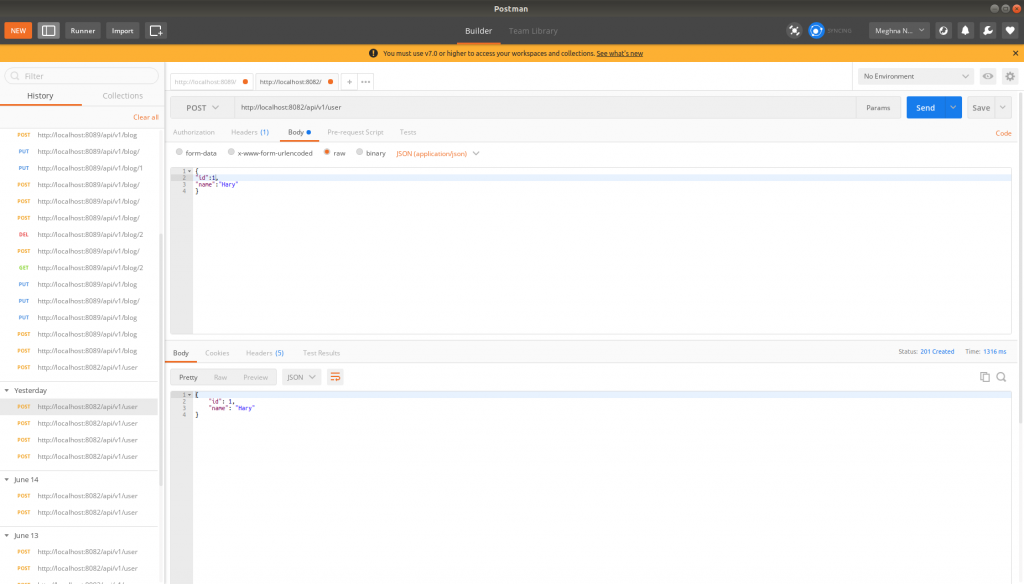 Docker Compose is widely used for Continuous Deployment or Continuous Integration process. Compose offers a convenient way to create and destroy isolated testing environments for test suites in just a few commands, by defining the full environment in a Compose file (YMAL).
Overall, it’s a cool tool to run multiple isolated services on a single host.

We, at Oodles Technologies, nurture experienced developers who are skilled at using container tools like Docket, Kubernetes, Apache Kafka, and Spring Boot to build and deploy microservice-based applications. Explore our DevOps services and learn about our offerings in microservice-based application development. For project-related queries, contact us at info@oodlestechnologies.com.

He is hardworking and honest about his work and is familiar with Spring framework, etc. He has keen interest in learning more about new technologies.

Glances is one of the system monitoring tools for Linux system which ties them all togethers and offer a lots of more features.

Getting Started With Microservices

Getting started with microservice and analyzing the critical factors that make microservice-based apps superior than their monolithic counterparts.