Back in 2018, we witnessed the emergence of microservices with regards to back-end or server-side architecture development. It became the industry standard when it came to creating scalable applications in the cloud. Microservices gradually proved to be a complete game-changer because of their isolated nature, enabling them to be easily re-usable, scalable, and maintainable.

However, while all of the limelight was on the backend, the nature of the frontend development was also swiftly transfiguring and had somewhat gotten under the radar. With the inception of popular frontend frameworks such as Vue JS and React, similar methodologies were applied to frontends and identical benefits were observed. Over the years, micro frontends have almost become a necessity, and for a good reason.

In 2021, microservices are setting trends and making it simpler for organizations to build robust, large, scalable, and enterprise-grade applications faster and in a more efficient and manageable way. 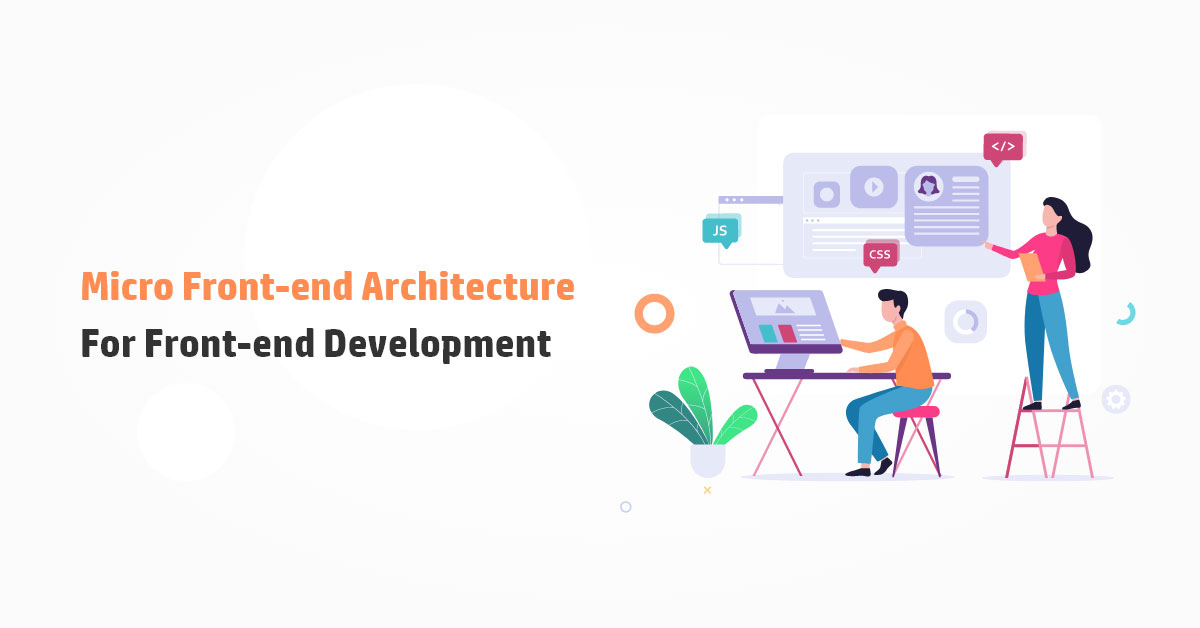 What Are Micro Front-ends?

Similar to microservices, micro front-ends are particularly isolated and small pieces of a front-end, fragmented to encapsulate a piece of the look, behavior, and overall feel. For instance, take Twitter’s UI as an example. If its screen which displays the logged in user’s Twitter feed was broken down further, we can analyze that it entails the following attributes:

Even though this is the elementary way of breaking it down and evaluating it, we can get a brief idea of how this once screen is segmented into multiple different smaller or micro front-ends, which may possibly contain several other micro front-ends within them. Each one of these has its own features and styling elements with them and user behavior, as well as handling of events, enclosed in their logic.

As a business owner, you’d be aware of the fact that every project has various sizes and needs. If it is simple and requires only 2-3 service pages, a small team of developers is enough to manage it. However, if it is complex and has a huge set of requirements or the application needs a lot of sections and features to be inculcated, then you may have to deploy different teams for each attribute. This requires micro-frontend development and implementation. Here are some of its benefits:

In this existing tech age, there are two dominant leaders in the market, React and Vue JS. So far, React is the most sought-after framework as it has been around the corner for a longer span of time and was developed by Facebook engineers before being open-sourced to the community of developers. Over the years, it has evolved immensely and has benefited from the massive adoption, having been tested on widespread production environments such as Netflix, Facebook, and Instagram.

On the other hand, Vue JS is comparatively newer and has been gaining plausible momentum on a year-on-year basis. Having been developed by an ex-Google engineer, Evan You, Vue JS has become the second most preferred framework for developers in just 5 years. This is mainly due to the fact that Vue JS is simpler to pick up and use when compared to the available competitors. It enables developers at their beginner level to gain an entryway into micro front-end development and leverage the latest technologies being utilized for fast web application development.

There are other platforms that support the development of micro front-ends such as Express, Spring, ASP.NET, Django, Laravel, Flask, Angular/Angular.js, Ruby on Rails, jQuery, and Drupal.

Microservices and micro front-ends in amalgamation with serverless technologies make the pillars for building enterprise-grade applications. Thanks to these state-of-the-art frameworks and libraries, now building complex cloud-based applications is much easier than it was ever before. By breaking down the challenges into smaller isolated segments and offering an easy and quick way to communicate between them, the daunting monolithic app architecture is no longer a hindrance to entry.