Why Flutter Holds The Future of Enterprise App Development

Why Flutter Holds The Future of Enterprise App Development?

Flutter is the future of mobile app development and a full-fledged platform with UI and support like native apps as well as cross-platform apps capabilities.

In this article, we’ll walk you through how Flutter is changing the dynamics of enterprise hybrid app development services for good! 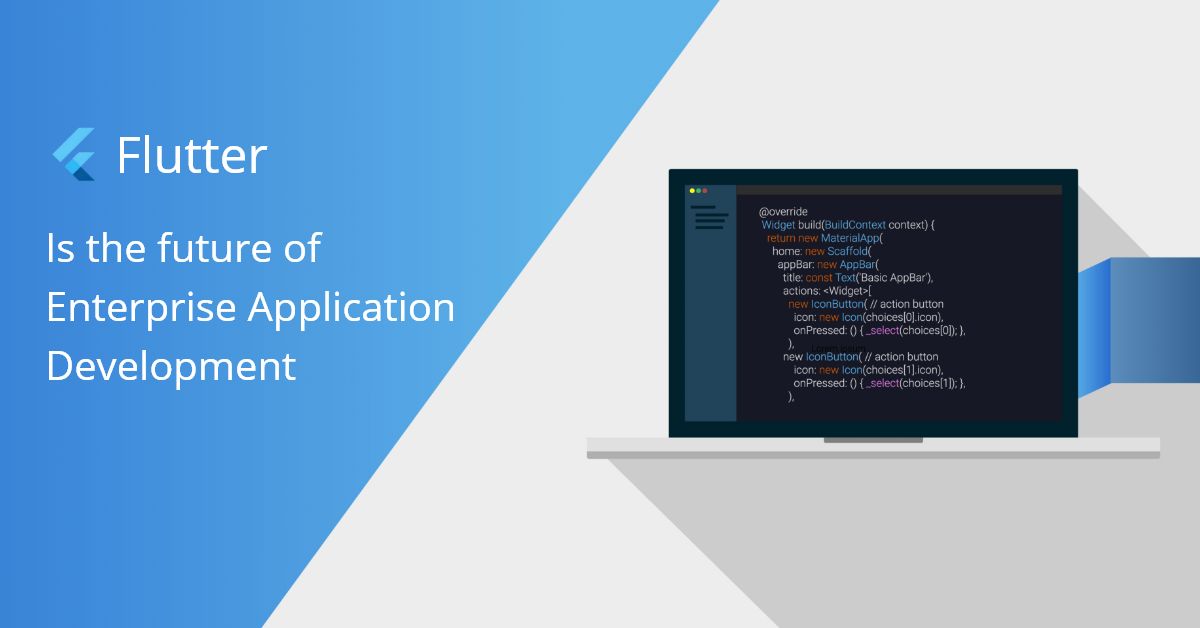 As the name implies, enterprise applications are designed for the limited and secure usage of and by the enterprise workforce. Given the requirement for many features, we must build mobile apps for businesses with a sturdy foundation that ensures excellent performance. Because Flutter framework contains a war chest of over 4000 libraries that can be utilized to build apps. It is fueling the need for app development.

Let’s take an in-depth look into why an enterprise dependency on Flutter in mobile app development is lucrative!

An enterprise app architecture comprises distinct but interlinked layers for appearance, service, and data access. When such usability considerations are factored into the architecture, the working environment becomes a well-oiled, highly productive machinery.

Those who utilize Flutter to create enterprise mobile apps have access to secure networking gateways to web-based services. As a result, the following features are also available:

Visual Studio Code and IntelliJ/Android Studio are both compatible with Flutter. To design, debug, deploy, and troubleshoot, leading OS formats such as Mac, PC, Linux, and Chromebook all support the same.

The focus of enterprise mobile apps should be on offering a great user interface. Flutter has a rich range of highly accurate renditions of both Android (Material widgets) and iOS (Cupertino widgets).

If you're working on an Android app with Flutter, you now have access to the following hardware components:

Note: Only a fraction of NFC tags are available, and design restricts NFC application usage on Apple's iOS platform. This isn't due to a Flutter bug.

Also Read: Flutter Is Setting A New Trend In The Sphere of Mobile App Development
Security

Security is an area that cannot be taken lightly. Flutter prioritizes most of the security, which is also a matter of concern for developers. It is no mistake to say that Flutter is a spin-off of sandbox environments for Android and iOS. Therefore Android and iOS developers take flutter into account for app development.

Here are some crucial multi-requirements to consider while creating enterprise apps:

We've only discussed Flutter's support for native iOS and Android apps, but the platform's support for web, macOS, Windows, and Linux is exponentially growing. You should always aspire to create an app that deploys and functions effortlessly across all these platforms with a single line of code.

You may target mobile devices as well as the web by utilizing Flutter's potential and an extensive selection of widgets. Furthermore, with Flutter-built apps, it is preferable to have responsive screens that look different on different devices and adequately fit the user's screen.

If you want to design a highly functional app with an eye-catching user interface for your company, then drop us a line.