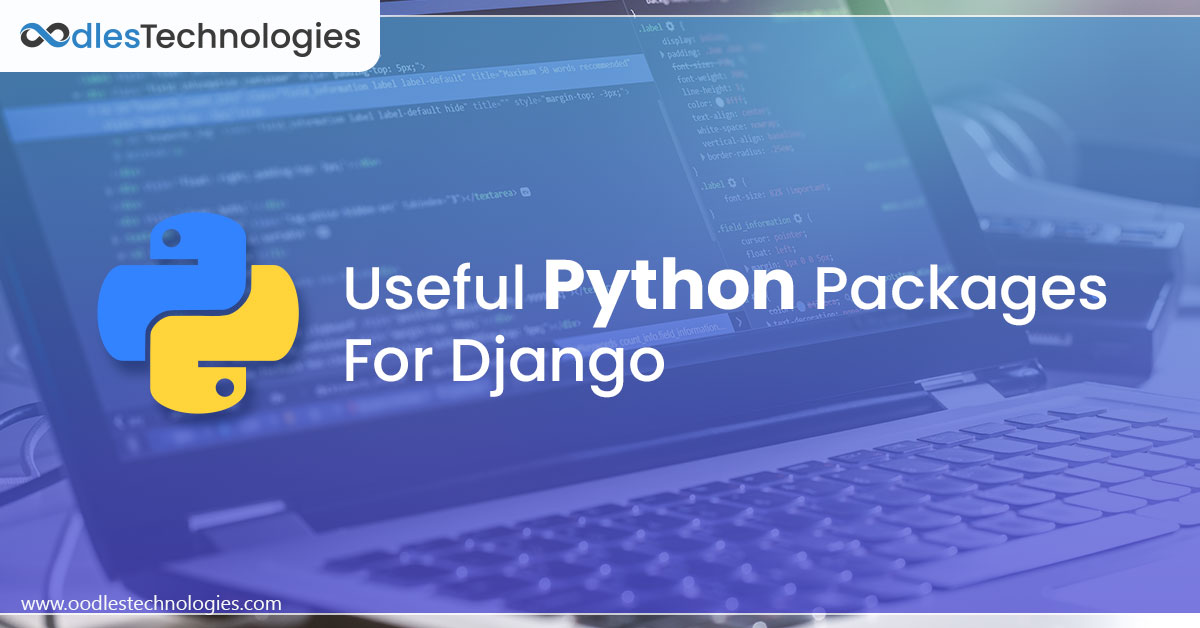 Django is an open-source web framework that has become increasingly popular amongst Python developers. It provides an intuitive coding interface for python-based programming with a focus of code reusability, low coupling, and the pluggability of components for rapid development. In addition, Django supports a variety of Python libraries, plugins, and packages that significantly improve programming efficiency and reduce the development lifecycle.

This blog post provides a technical overview of some popular Python packages in Django that accelerate web development and reduce development complexities.

Django supports a number of Python programming packages that make web development simple, intuitive and less time consuming. These packages can be used in different combinations, to achieve different objectives. Above all, the packages are small and lightweight and are available on Github for Python app developers.

Django-environ lets you enable 12-factor app settings to configure your Python-based application. It enables developers to manage their programming settings in Django and gives you access to useful libraries such as honcho and envparse. The package is available on GitHub from where you can download it and install in your system. A detailed documentation is available to help developers configure their application using django-environs with independent environment variables.

Django-fsm is a Python package used for handling finite state machines. As the name suggests, it renders support for finite state machines to your Django models. This package is particularly useful for building websites or web applications where you need to define the state of the content. For example, if you are building a news portal, then you can implement django-fsm to manage state of the published articles and further categorize them for reader’s convenience.

It is an application package that renders complete authentication support for user registration, signup/sign in, form fill ups, account recovery, password reset or more. It is specifically useful in developing automated login/registration interfaces for admin panels and user accounts. In addition, it facilitates a secure login/signup and authentication process in adherence to the best security standards and user privacy norms. Setting up the package for the first time might be tricky but the online user manual is well documented to ease the process.

Django-rest-swagger is yet another installation package available for Django REST framework and its APIs. Once you install this package, it lets you create a urls.py file that supports Swagger view and URL pattern. The operation is further completed by docstrings of your APIs. The DRF APIs include end points and available methods. Furthermore, it lists available operations for these endpoints so that developers can interact with the API to perform actions like adding, deleting, and fetching records.

Django has become the most extensively used Python framework with a vast community of developers relying on it for building Python-based applications. The availability of aforementioned Python packages make Django an ideal framework for Python application development. These packages, when used in Django, enables developers to implement complex app functionalities with ease, in a matter of minutes.

We are a SaaS development company that provides end-to-end Django-Python development services to build scalable web and mobile applications. Our development team formulates effective strategies to enhance your web presence by developing a professional-looking website and web application. We have successfully completed several full-fledged Python-based web and mobile projects for startups, SMEs, and large-scale enterprises.