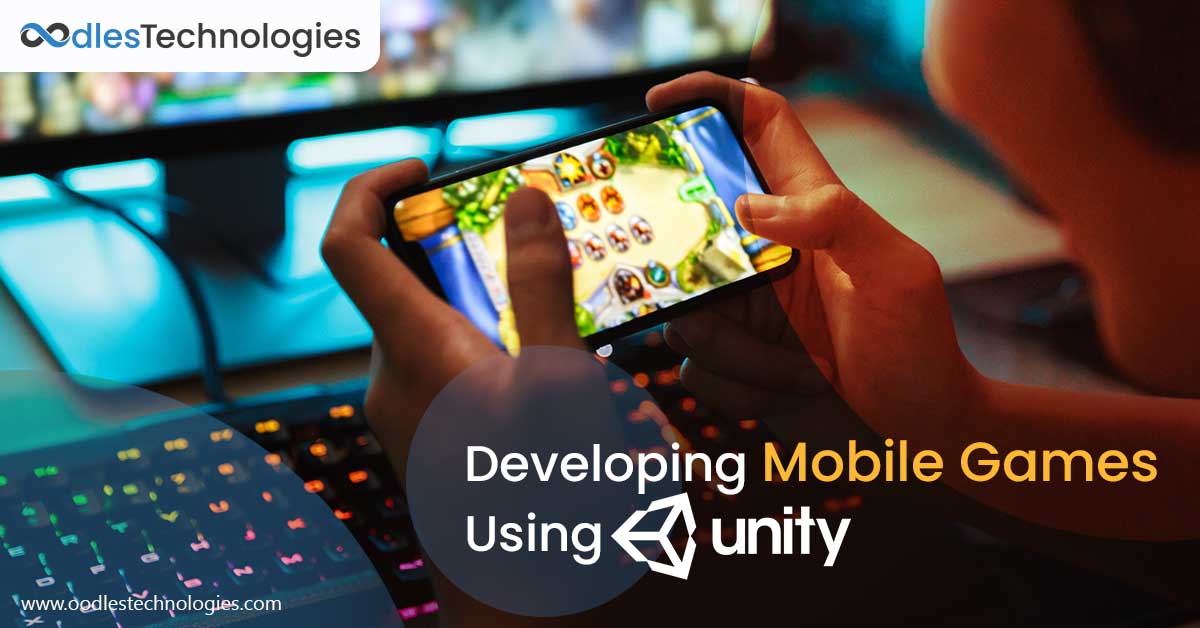 Developing a gaming app is a great way to engage your audience and build a global community of users. It gives you the opportunity to reach your target audience and promote your content in an interactive and engaging manner. The growing popularity of social gaming has paved  the way for mobile gaming, unlocking pools of opportunities for indie developers and established brands. Mobile game app development has become an effective way to promote and monetize your content in the most amazing way. That being said, the Unity 3D engine is a great tool for prototyping and building different types of games for mobile platforms.

Unity is a popular game engine that lets you build cross-platform gaming applications with rich graphics and interactive features like augmented reality and virtual reality. It is an extensively used toolset that enables developers to build games and interactive AR/VR applications for platforms like Android, iOS, macOS, Playstation, Xbox, and more.

The choice of tools or frameworks is a major factor that contributes to the success of a gaming application. Likewise, in mobile games, the development framework plays a vital role in extrapolating the fate of the application, based on its target audience. Unity game engine provides a great flexibility for building high-quality mobile gaming apps that are easy to scale, improve, and modify. Given below are the main benefits of using the Unity 3D Engine for mobile game app development.

Unity is an open-source game engine that doesn’t require an additional operating license. Besides, Unity enjoys a robust support from a global community of game coders having considerable experience in Unity app development. Above all, it offers a well-organized and extremely useful documentation that is easy-to-understand, even for novice developers. As a result, it provides a hassle-free development experience, not to mention the intuitive coding interface to accelerate the development process.

Another significant benefit of adopting Unity 3D engine is the extended support for up to 27 different platforms. It facilitates cross-platform development where developers can use the same codebase to build a feature-rich gaming app for multiple platforms. That being said, the apps developed using Unity are flexible enough to be shared across multiple platforms like web, mobile, and PC.

Unity game engine renders support for high-quality graphics and audio/video content, making it an ideal choice for mobile game development. The graphics are adaptable across a number of screens and devices with minimal distortion or quality-lag.

Unity engine offers a simple and intuitive coding interface with easy debugging and tweaking to accelerate the development of gaming apps. With Unity 3D engine, developers can perform easy debugging directly in the runtime environment.

Unity game engine offers an intuitive and feature-rich editor that is highly flexible and versatile. As a matter of fact, the Unity 3D engine offers a complete package for developing high-quality gaming apps for multiple platforms. In addition, you get access to a variety of unique features including play mode, retargetable animations, timeline storytelling tools, and real-time global illumination powered by Enlighten to name a few. The editor ensures that you have all necessary tools that are required to build an interactive gaming app at your disposal.

These were some of the main benefits of using Unity 3D engine for building mobile gaming apps. The engine proves equally good in developing games for other platforms as well. Previously, developers would often face issues while debugging the code but the last release from Unity focused on mitigating these issues. However, it hogs in more memory due to which developers and users may face OOM errors on mobile devices. Besides, there are some other challenges that mainly arise while building a heavy graphic gaming app. The engine, however, is great for building small-medium sized gaming applications for mobile devices with engaging features like 2D/3D effects, AR/VR support, and more.

We, at Oodles, are experienced in building high-quality mobile gaming applications using Unity 3D game engine. We have a dedicated team of Unity developers that are skilled at building cross-platform Unity-based games and applications for multiple platforms. We also have our expertise in AR and VR app development services. Our Unity app development services include UI/UX design, development, deployment, scaling, and QA testing to ensure that your Unity app performs seamlessly across devices.

The combination of blockchain IoT has built an intricate relationship with hybrid applications that will continue in the future as well.

Knowing the best practices for a robust enterprise application integration is essential for saving your efforts, time, and resources that are required for EAI integration.