Streaming is accredited to offering a steady flow of data packets in the form of audio and video over a stream of the delivery network to the user’s playback device. Content distributors and broadcasters from various industries and domains customarily relied on the commonly used RTSP and RTMP protocols while delivering video-on-demand streaming services and content to their viewers.

However, with HTTP Live Streaming or HLS protocols, broadcasters and digital media service providers can now deliver low-latency and high-quality video streaming services to their user-base in a more reliable and faster form as compared to its industry predecessors, i.e. RTSP and RTMP protocols.

HLS was developed by Apple Inc. in 2009 and it enabled broadcasters to offer digital media content to the masses. It was possible because of its convenience and ease of compatibility with a majority of modern-day devices such as connected TVs, smartphones, gaming consoles, and computers. HLS allowed media providers to deliver files directly from the hosting platforms to the user’s viewing device instead of rerouting it via the encoder as was the case with RTMP. 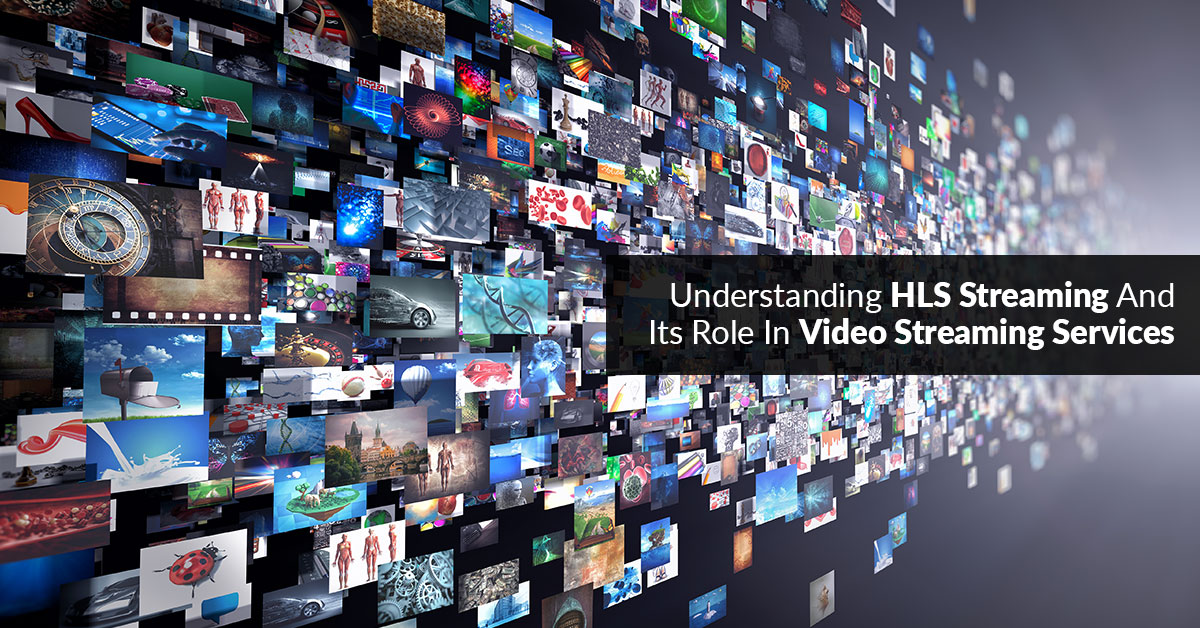 Why Should You Opt For HLS Streaming?

Owing to adaptive bitrate and progressive downloading, viewers benefit from the lag-free and smooth viewing experience across their devices. With such prominent benefits over other live video streaming protocols, HLS streaming or HTTP live streaming is one of the most widely-used streaming protocols across the globe.

How Does HLS Function?

HLS video streams are segmented into packets or chunks of data after the encoding of a number of files at varied data rates. These chunks of data are then loaded onto the HTTP server with its .M3U8 extension that is used to instruct the media player to recombine the files in a definitive manner for each encoded stream. Moreover, it doesn't need a streaming server as the player can rightfully monitor the bandwidth changes and existing conditions.

Codecs is a coinage term used to describe a coder/decoder software that compresses and decompresses data files in order to help in the transfer over delivery networks. Further then, an encoder compresses data and the decoder decodes it before it is played on the user’s device.

An initiative by Apple, the low-latency HLS extension was devised to bring down the latency to a lot more extent. The existing protocols heavily relied on HTTP/2PUSH delivery which was removed in the later phases and the low-latency HLS was inculcated into the traditional HLS as an attribute set. In the wake of it, the latency was further brought down which assisted in delivering an immersive and seamless viewing experience.

The camera is used to capture the stream which further gets encoded and passed via RTMP through the media server and then to HLS. It is later distributed to multiple media players and devices. As HLS reduces the latency many broadcasters and content distributors are preferring to encode their video streaming content using RTMP or Real-Time Messaging protocol and then further repackage it for the HLS delivery once it reaches the media servers.

Browsers and Devices That Support HLS

Although limited to iOS devices, HLS is now supported by multiple browsers and devices. Here’s the following:

The Technicalities of HLS Streaming

You may know how it works and have a basic understanding of HLS streaming. However, now let us delve into the details about encoding to the segment size.

HLS is a robust, omnipresent, and neoteric technology protocol in the video streaming industry that is supported by various devices, OS, and browsers. All in all, these capabilities make it an ideal choice for broadcasters who are seeking to deliver their video streaming services to a wider audience.

If you are looking for video streaming app development solutions or seeking to integrate HLS in your streaming channels, reach out to us.