Top Reasons For Migrating Your App To Python 3 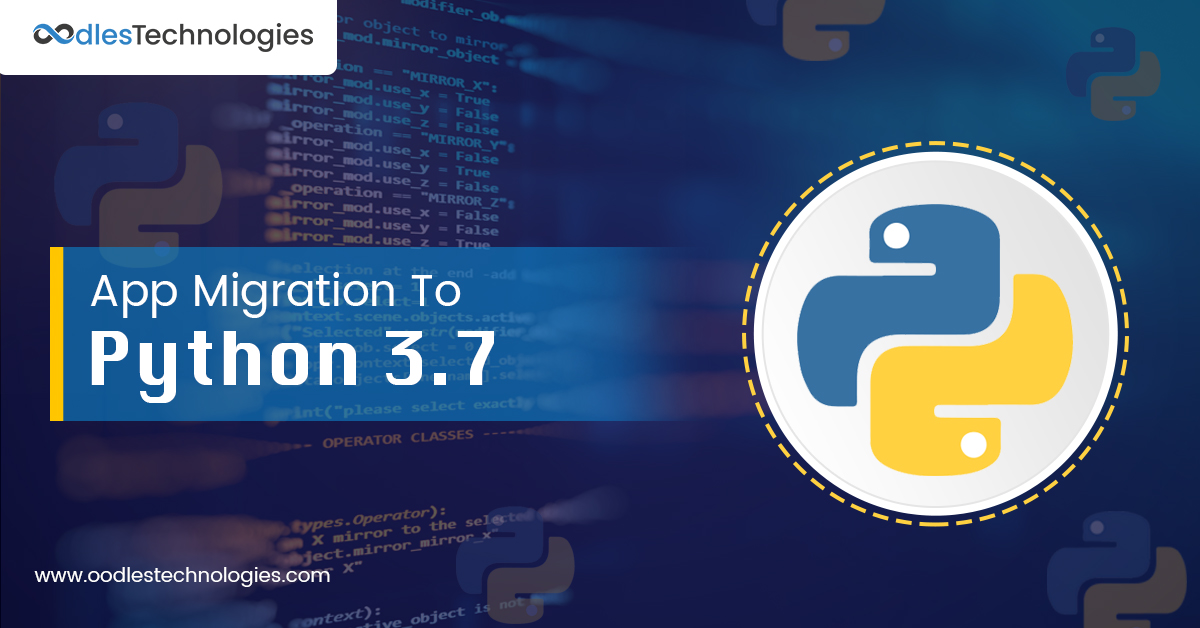 The previous version of Python i.e Python 2.7 has become outdated and is no longer supported. From the very beginning, the CPython core development community has been urging developers and website owners to migrate to Python 3. Finally on January 1, 2020, Python 2 reached its scheduled end of life (EOL) deadline. As a result, Python software foundation revoked support for all the previous versions, making it inevitable to migrate to Python 3.

Now that we have a new version rolling out, you must be familiar with what Python 3 update brings to the table. In this blog post, we discuss the new features of Python 3.7 and what makes it better than all the previous versions.

Python 3.7 incorporates a number of attributes that make it different from all the previous versions of Python. Python software foundation has introduced several notable changes and updates to the latest version. Read further to know what these features are and what all benefits they provide.

In all versions of Python 3, print () is not a statement anymore. The print function has replaced the print statement with a given set of arguments. Talking about the syntax, Python 3 versions use a slightly different parenthesis as compared to their previous Python 2 counterparts.

In Python 2 versions, the print statement was used as shown below:

Whereas, in Python 3 versions, the print function is used as below:

In previous Python versions, there have been several issues with the standard C locale that supported UTF-8 or ASCII characters. UTF-8 consists of 8-bit ASCII characters and 2-4 length characters. The forced UTF-8 mode introduced in Python 3.7 enforces the locale to support UTF-8 format. In this way, developers can control and manage the code changes by setting up a new environment variable.

In Python 3, the built-in functions like zip, range, and, filter return iterators or iterables instead of a list. Previously, these functions used to return a list upon execution but in Python 3 versions, it has been replaced by iterables. However, if it is essential to convert an iterator into a list, developers can do so by using the following function

As of January 1, 2020, Python software foundation has terminated backend support for Python 2. It implies that the backend code written in Python 2 will no longer compile with Python 3. As a result, using Python 2 versions may restrict your code-mobility, keeping you away from the latest updates and benefits of Python 3. Considering the fact that a large number of Python-based applications are still running on Python 2 backend code, it might be a problem in the long run.

Avail Our Services To Seamlessly Migrate Your App To Python 3.7

We are a seasoned Python app development company that builds cross-platform web and mobile applications using Python. We use the latest Python frameworks like Flask and Django to build feature-rich apps that deliver engaging user experiences across devices. Our development team is skilled at migrating your app from its existing tech stack to the latest Python versions with minimal code changes. We have successfully completed several full-scale Python-based development projects for clients from across the globe.