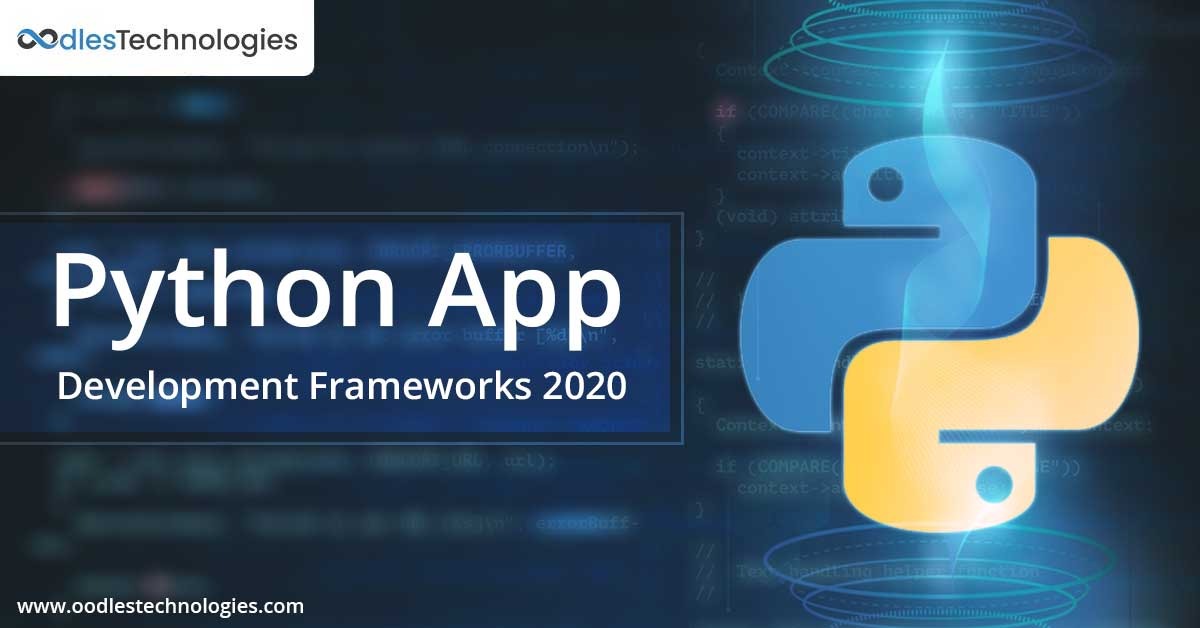 Python is an extensively used programming language that enables developers to build scalable web and mobile applications with cross-platform compatibility. Python app development has become quick and simple with the availability of a variety of tools and libraries. From an enterprise perspective, Python is an ideal choice as it provides better support for backend development tasks. In addition, Python-based programming is also effective at implementing complex data analysis, AI and machine learning features in web and mobile apps.

There are several web and mobile frameworks that render support for Python app development. Flask and Django are popular Python-based frameworks that provide vast opportunities to developers for showcasing their skills and developing feature-rich applications.

This blog post highlights the five most popular Python-based web frameworks along with their key features and enterprise benefits.

Also read Top Reasons For Migrating Your App To Python 3

Below are the most commonly used frameworks for Python-based application programming and Python development services.

Below are the key features of Django:

Flask is a lightweight microservices web framework or microframework that supports Python-based programming to develop static/dynamic web pages and web applications. Unlike the Django framework, Flask has no database abstraction layer and doesn’t require third-party tools or libraries. Available under the BSD license, it majorly relies on two components i.e Werkzeug WSGI toolbox and Jinja template. Werkzeug is a library of WSGI-compliant applications operating under the BSD license. Whereas, Jinja is a template engine for programming in Python language.

Below are the key features of Flask microframework:

CherryPy is an object-oriented framework for building web applications that facilitate rapid development using Python-based programming. It runs seamlessly in a WSGI-compatible environment and embeds its own mult-hung server. As a result, the framework can act as a web server itself, thereby alleviating the backend processes. Using CherryPy, developers can build web applications similar to any other object-oriented program in Python. It renders support for add-on filters to call and execute at a given interval of time.

Similar to Django, TurboGears is a full-stack web framework based on Python that provides complete support for building high-quality web applications. It provides a data-driven approach to building interactive, scalable, responsive, and lightweight websites and web apps with an intuitive programming interface. The framework streamlines and simplifies web application development using a variety of Python and JavaScript-based tools. For example, developers can accelerate web development processes using add-on tools like Repoze, WebOb, and SQLAlchemy. It also renders support for popular web servers such as Pylons.

Pyramid is an open-source web framework based on Python application programming that is rapidly gaining traction these days. It is a progressively growing Python framework that is inspired by other similar projects like Pylons and Zope. The framework runs on Python 3 versions and is usually preferred by experienced developers because of its flexible, high-level programming interface. Pyramids provides a simple and minimalistic approach to building basic web applications faster and more efficiently.

Out of these five, Flask and Django are extensively popular among Python programmers and app developers. While Flask is a fast and lightweight web framework, Django provides a full-stack development environment for building cross-platform web applications. At Oodles, we have hands-on experience in using all these Python frameworks and more to build high-performance websites and web applications.