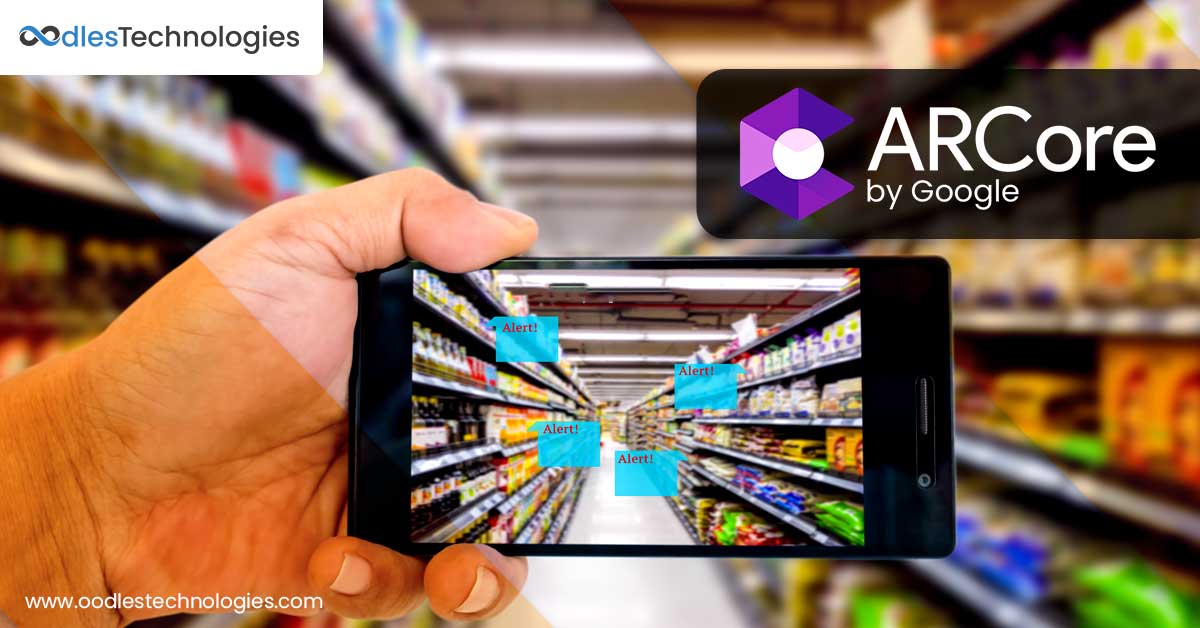 The immersive technologies like Augmented reality, virtual reality, and mixed reality are rapidly gaining traction worldwide. Although the concept of AR/VR sounds new and futuristic, the technologies have been around for many years. Their popularity, however, has grown exponentially over the past few years. As of today, the AR/VR technologies are widely used in various industries like gaming, entertainment, retail, e-commerce, travel, and hospitality. The demand for both AR/VR-based solutions is rapidly growing in the market. Understandably, AR app development services are more in demand since these applications are easily available to mainstream users with minimal hardware/software requirements.

To address the increasing demand of AR application development, tech giants like Google, Amazon, and Microsoft have launched various tools, frameworks, and SDKs to ease the development process. Google’s ARCore is one such software development kit that enables developers to build feature-rich augmented reality applications. This blog post provides a high-level overview of ARCore with a focus on the new features coming its way.

What Is Google ARCore?

As already mentioned, ARCore is a dedicated SDK for AR applications that was launched by Google back in 2018 to foster AR app development services. It provides all necessary tools and requisites for building high-quality AR apps with multi-platform support. The apps can run on mobile devices that support Android and iOS platforms.

After its initial release in March 2018, Google has been working on launching new features and upgrades to expand the ARCore userbase. In November last year, the tech giant introduced several next-gen upgrades to ARCore with a focus on depth detection and advanced physics.

The recent technical upgrades include a new depth API that would allow developers to implement optical occlusion. Occlusion can be achieved when the view of a particular object is blocked by other real-world objects. For example, if you are currently viewing a virtual object in the real-world environment using your phone camera, it should disappear as soon as you change the angle of your phone camera.

Occlusion Support For View In My Room 3D

Occlusion is an important AR phenomenon and we have previously seen it in apps like Pokemon Go, a social game developed by Niantic Labs. Google announced recently that it’s going to render occlusion support to its ‘View in my room 3D’ feature that detects furniture kept in a room or space. With this integration, the mobile experiences of users are likely to get more immersive and engaging.

Google ARCore has revealed several demos to illustrate the new features coming its way. However, we have to wait for some more time to finally gain access to these features. Google states that the new features will be made available to ARCore developers in the near future. As of now, the tech giant is closely working with a global community of developers and other tech enthusiasts to finish the initial trials.