Streaming has revolutionized the internet, and blockchain can help take it a step further. According to the latest figures, the video will account for 82% of all Internet traffic by 2022.

Currently, the next streaming shift is wrapped up by movies and video games. As we can see, video is changing the dynamics of everything. We now have vlogs, podcast interviews, YouTube, Facebook Live, and Snapchat where there have been texting blogs before. In mobile applications and social media, video is incredibly popular. And the upsides of streaming video are now clearly evident to every major studio, which is why they emphasize launching its own OTT service.

Blockchain-based video streaming app development has quickly become a competitive sector. A variety of firms, ranging from Livepeer to YouNow to the STREAM project and beyond, are employing blockchain technology and blockchain-based cryptocurrencies to rival the likes of Netflix, YouTube, and other established online video services. 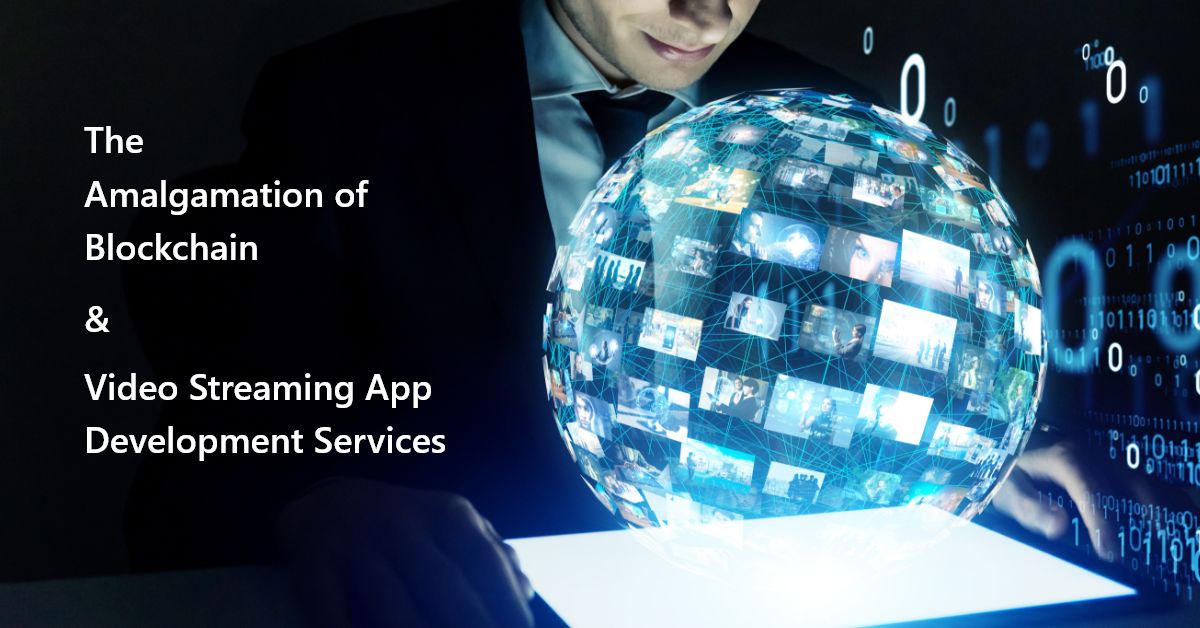 Blockchain enables digital content creators to have barrier-free communication with their fans instead of having to give away an extensive amount of their sales to third-party. It also enables them to take care of license and contract concerns automatically through the use of smart contracts.

By developing decentralized apps, a Blockchain-powered CDN can help utilize the unused space from users all over the world. By transforming this communal unused space into a peer-to-peer cloud storage and data transport network, users can benefit from blockchain as a decentralized management system.

The ownership and access to content is a long-standing issue in digital media and OTT platforms. We can address the problem of ownership and sharing by utilizing Blockchain app development solutions at the infrastructure and protocol level.

It encrypts the video and saves it in the interplanetary file system (IPFS) swarm eternally. It can also access the tracks from anywhere using smart contracts with decryption keys.

Although OTT application development is ballooning, the amount of bandwidth and storage that videos require is enormous. Storage, networking, and distribution are all handled by centralized cloud servers hosted by major companies such as Amazon (AWS) and Google (Cloud).

Profits from this industry have been enormous for these corporations. Furthermore, the developers and publishers of these platforms take a sizable chunk of the pie as profit sharing, making these two the exclusive owners of the content and its streaming.

The video creators and innovators have no claim over their own content and must abide by the rules set. Therefore, the rising interest in and reliance on live video streaming channels, as well as the imminent need for decentralization, have emerged the opportunities for Blockchain-based video streaming applications.