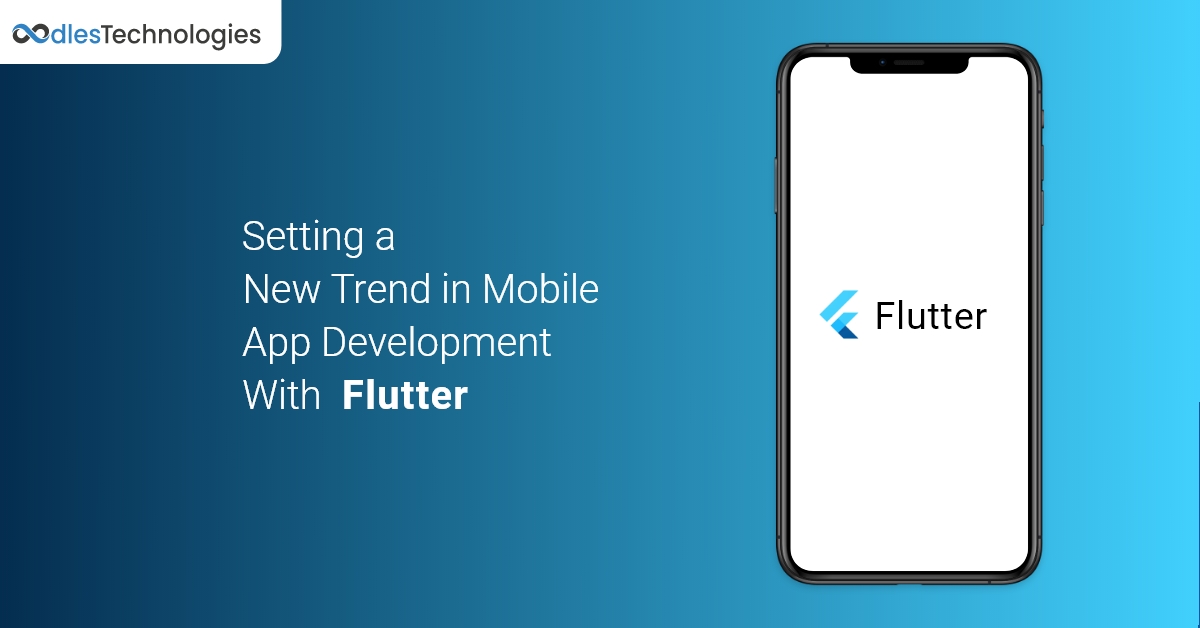 Flutter was launched a few years ago but this incredible toolkit created by Google has come a long way since then. It was right off the bat presented for app developers at Google’s Flutter Live event which took place in the year 2017 and received one of the most sought-after UI development systems for creating feature-rich application UIs. The functional and robust mobile user interface framework that assists in developing iOS and Android applications with a single code base makes it an ideal preference for entrepreneurs and businesses seeking to invest in mobile applications.

More than anything else, since Flutter is backed by Google’s global dominant market presence, it manages to make a strong and long-term position. In this article, we will explore how Flutter is enabling developers to build seamless and user-friendly mobile applications.

Massive platforms have been considering implementing successful development packs that improvise and revamp the mobile app development process in a viable and novel way.

Flutter is one such reassuring framework that helps simplify and ease cross-platform mobile app development. It has ushered in a huge number of noteworthy and significant changes in the procedure of app creation, let’s see how.

Flutter mobile app development is everything about speed and quick turnaround time. Since it is a one-of-a-kind framework, it assists in building a platform-independent application that is compatible with desktop, web, and mobile.

Whether you are a startup or a growing company that requires MVP or only need one to showcase it to potential investors, you can indubitably depend on Flutter as a framework. It is convenient to pre-plan and fix a dedicated release of Flutter applications in a single go.

MVPs have an enormous scope primarily when it comes to cost and time constraints which are vital for businesses.

Flutter uses the Dart programming language which ultimately makes it simpler for app developers to create transitions and animations that run at the high pace of 60 frames per second.

The apps made on Flutter have the potential to run on any platform without any alteration in the code and preservation of design on the platforms. Flutter app development has stepped ahead of mobile and has been opening new doors for the desktop as well as the web today.

Cross-platform app development using Flutter is majorly trending because of the features such as “Hot Reloading” or “Hot Restart”. These attributes enable developers to see the changes and new additions in the code within one second.

In simple terms, as the mobile app developers are coding, they are able to view the progress side by side. This, in turn, boosts the efficiency and productivity of the developers. Nevertheless, this feature is extraordinary and extremely useful for bug fixes.

You must be familiar with the fact that widgets are a crucial aspect of the application interface. Flutter integrated apps offer a myriad of widgets including scrolling, navigation, and fonts that are customizable irrespective of the screen size.

Furthermore, there is no denying the fact that Flutter apps extend a smooth UI experience as compared to other cross-platform frameworks.

Because of a single codebase, it is comparatively easy to build and maintain Flutter-powered apps. It enhances the performance of the application with respect to any other app development platform and preeminently lowers the maintenance efforts.

Therefore, it comes easy on the pocket as there is no such requirement of spending extra money on the hassles of going back and forth with the codes time and again.

The real advantage of picking Flutter is its Google-backed Firebase that provides a complete range of packages for application management. Right from real-time database to cloud storage, authentication to hosting services, Flutter offers everything in one place and efficiently meets the requirements of businesses of all shapes and sizes.

Despite being the newest addition to the community of cross-platform mobile app development, Flutter is swiftly leaving behind other frameworks and furnishing endless opportunities to build performance-oriented and feature-rich business applications.

At Oodles Technologies, we definitely think that Flutter is the future of mobile app development. The platform furnishes an extensive array of features that can assist in developing intuitive mobile applications with a rich user experience. If you are seeking to build your own Flutter mobile app, get in touch with our team of experts.