Exploring the Differences Between ReactJS and React Native 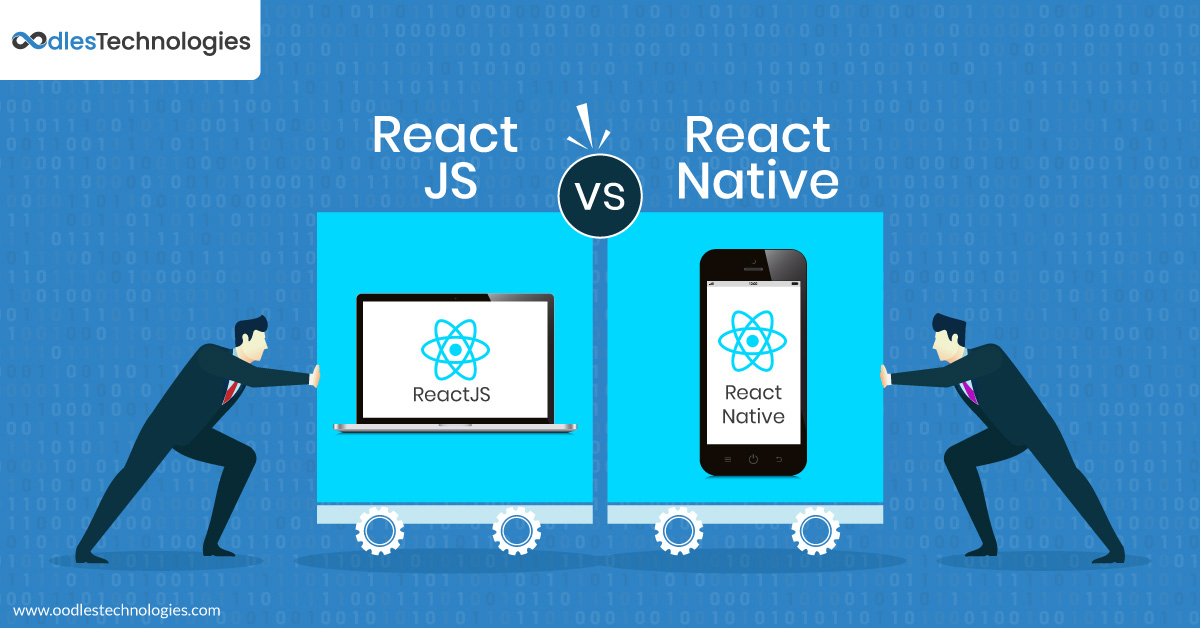 React Native and ReactJS are the two extensively used development tools that enable developers to build high-quality web and mobile applications. ReactJS was launched in 2011 while React Native has been around for a little over three years. Both Facebook-led mobile application development tools have been through several technical upgradations and are quite similar in many technical aspects. However, there are several points of differences that we are going to discuss in this blog post.

Below are the main points of difference between ReactJS and React Native.

ReactJS, as the name suggests, is a JavaScript library that enables developers to build dynamic user interfaces for web and mobile applications. While working on ReactJS, developers need additional tools to implement specific functionalities in a development project. For example, developers often require bundling tools such as Webpack in addition to ReactJS for implementing bundling modules.

React Native, on the other hand, is a framework with built-in modules that don’t require any additional or third-party development module. Developers gain instant access to the coding interface from where it only takes a command-line instruction to implement complex native app functionalities. React Native framework makes the mobile application development process fast and less time-consuming.

ReactJS, on the other hand, makes use of both CSS and HTML components to create a virtual document object model (DOM) and CSS-based animations.

React Native is an ideal framework for the high-speed development of native mobile applications. It provides a variety of built-in tools without any additional requirements for a seamless development process. The framework thus accelerates the development process and reduces the overall efforts of a developer.

Hot Reload: Performing a hot reload only refreshes the files that were changed recently instead of refreshing the entire app.

In addition to Animated API, developers can also use a popular JavaScript library called Velocity.JS to create assorted animations. This type of animations can be used in many combinations based on time and velocity of gesture. With React Native, developers also gain access to LayoutAnimation which automatically animates views to their new positions when the next layout appears.

In a nutshell, React Native gives more freedom to developers with animation as compared to ReactJS.

In the end, we can say that both ReactJS and React Native greatly streamline the development process with increased speed and efficiency. While ReactJS enables developers to build complex UI for web applications, React Native extends support for native mobile app development. Both these tools are surprisingly fast and comparatively easy to learn or master.

JavaScript developers can get hands-on with these tools in several weeks. Besides, developers can easily switch from ReactJS to React Native by following a quick, agile, and simple learning curve. React Native might be a little complex initially, but once they get the hang of it, development can be simple, fast, and more effective.