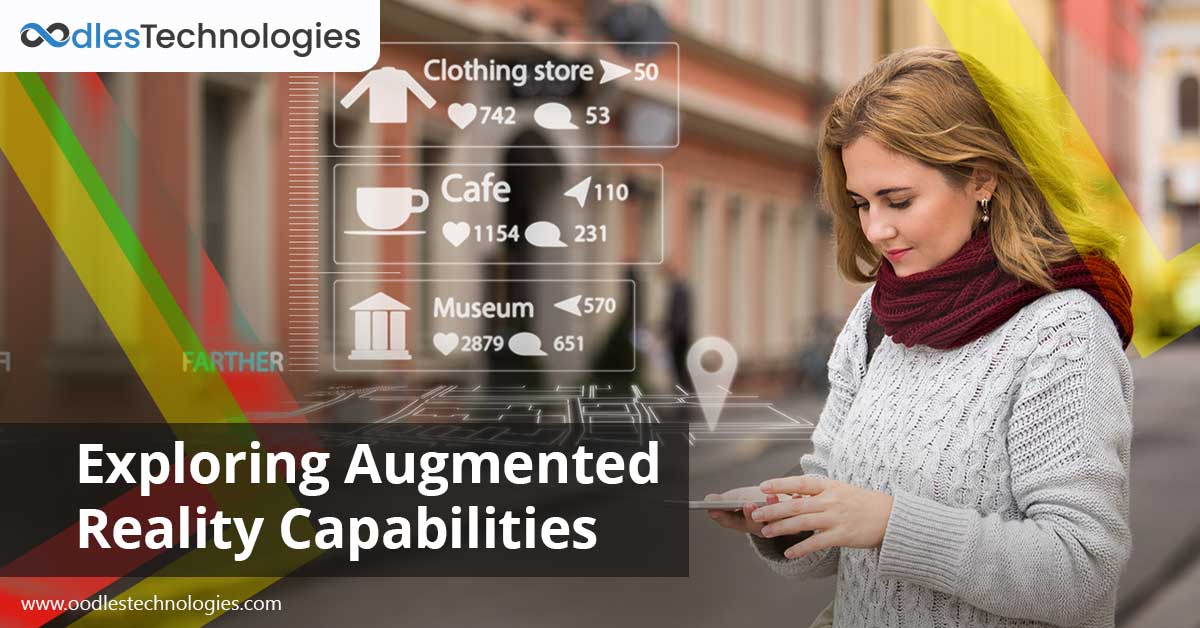 The immersive technologies like augmented reality, virtual reality, and mixed reality have been touted as game changers in the field of UX design/development. The advent of these technologies has made it possible to bridge the gap between the real and virtual worlds. While augmented reality brings digital elements into the real-world, virtual reality takes users into a virtual world. Both these technologies are rapidly gaining traction in the retail and e-commerce industries. Be that as it may, augmented reality has become more popular because of its easy accessibility and minimal hardware/software requirements. As a result, the latter has witnessed a widespread adoption in various industries across different platforms.

Statistica had predicted that the global consumer market for immersive technologies would bring in $6.3 in revenue by the end of 2020. The numbers may get affected by the COVID-19 pandemic. However, the popularity of AR/VR technologies doesn’t seem to recede just yet. On the contrary, it is expected to rise as companies are looking for innovative ways to overturn the effects of COVID-19.

At Oodles Technologies, we are receiving many requests from clients for building augmented reality apps even during the pandemic. It clearly indicates the increasing demand for AR/VR app development.

This blog post highlights the main types of augmented reality applications you build to enhance your customer experiences across various platforms.

If you have previously used AR apps, you might have noticed several variations in virtual elements displayed on your device screen. It is because there are different types of augmented reality technologies available in the market. Likewise, you can develop different types of AR applications based on your project requirements. The AR technologies are broadly classified into four types. Let’s discuss these types in detail. 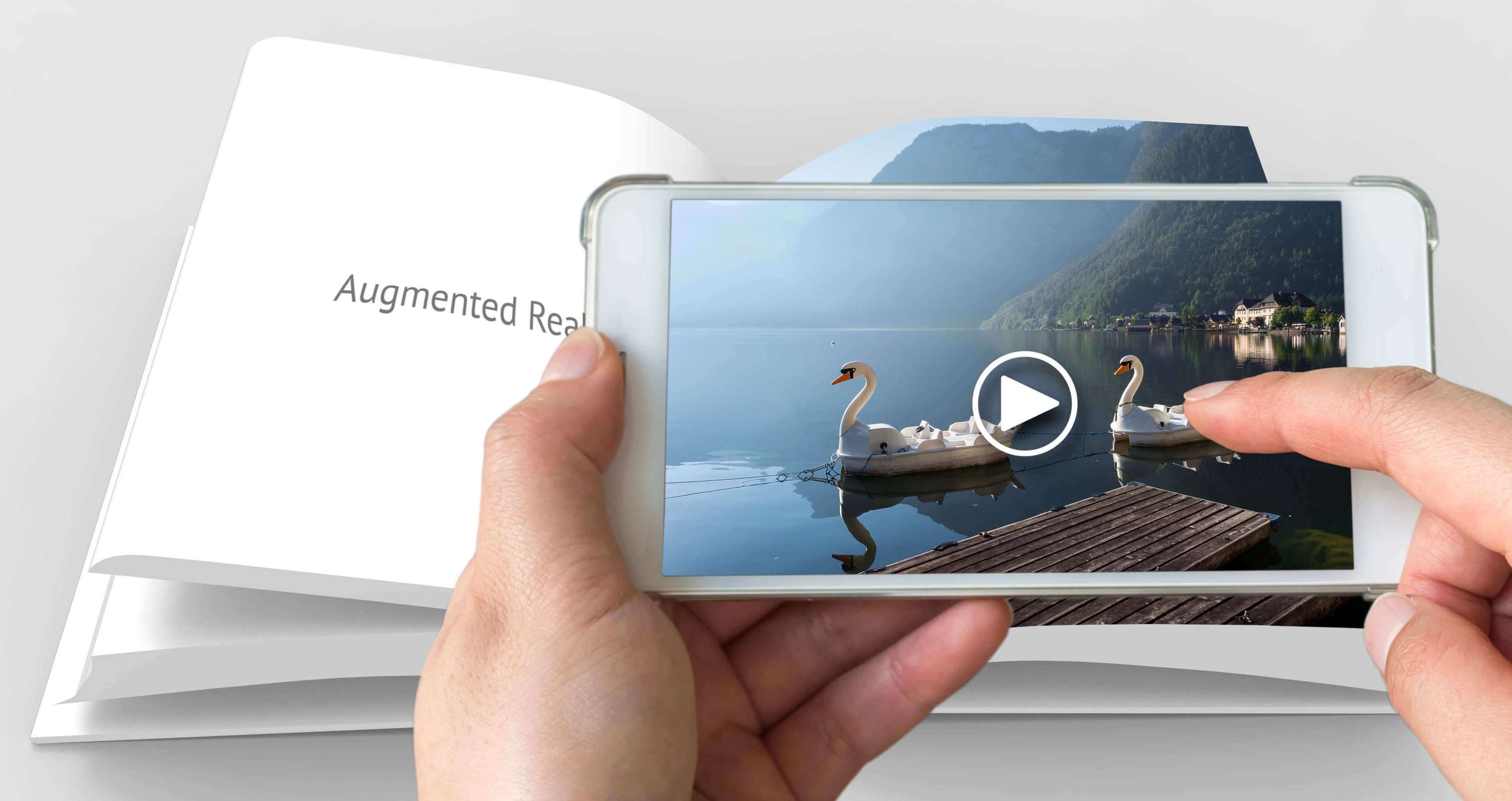 Markers are distinct patterns present in images and videos that mobile cameras can easily detect and read. These markers can be designed to prompt different types of virtual elements to appear on the mobile screen. Users can scan these markers similar to the barcodes and reveal interesting facts about a particular product or unlock various deals and offers. Merchants and manufacturers can use these markers in different ways, for different purposes. The best examples of marker-based AR apps are Microsoft ScanLife, Goggles, and Popcode.

While marker-based augmented reality is limited to a specific use case, markerless AR development services offer a broad spectrum of use cases and applications. First off, it doesn’t require an image cue to trigger or activate. Contrarily, it operates on the positional data obtained from a device’s camera, GPS, or accelerometer using proximity sensors. The data obtained by a device’s sensors create virtual 3D space in the real-world environment. The process is known as simultaneous localization and mapping or simply SLAM. The overall functioning of a markerless AR application revolves around the SLAM algorithm. 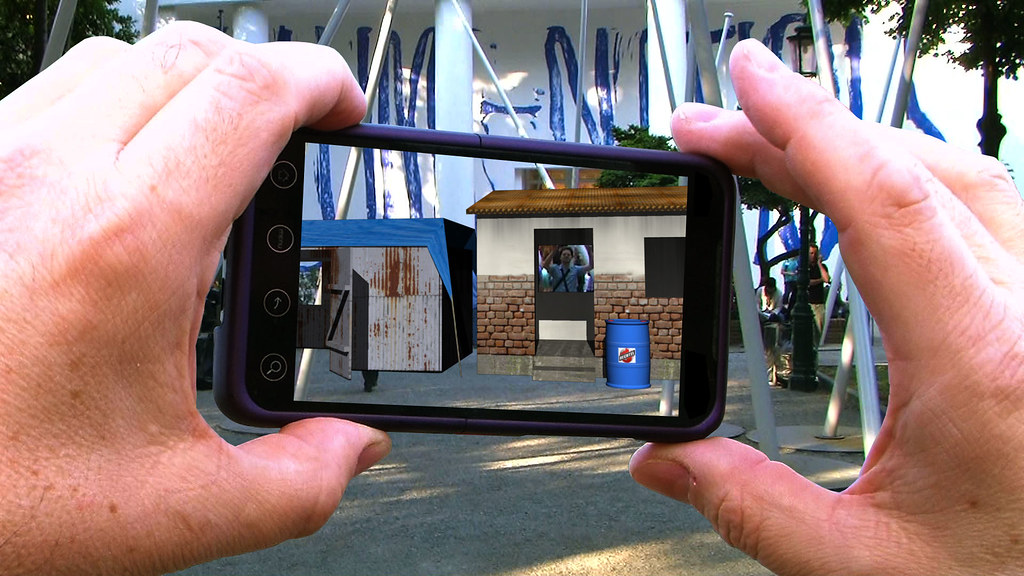 SLAM aids developers to place virtual content directly into the real-world environment. This content can be triggered whenever an app user enters a given location or a proximity zone. For this reason, it is also known as the location-based AR. The famous social game called “Pokemon Go” is an apt example of markerless augmented reality.

It is yet another example of the markerless augmented reality that follows a more complex approach to trigger virtual elements. It employs advanced projectors to create immersive light forms or mount information onto flat surfaces. This type of augmented reality technique can be used to create deception about an object’s position, location, depth, and orientation. Projection-based AR is not a user-specific technology as it offers a futuristic approach to be used on a large scale mainly for mass entertainment.

The best part about augmented reality applications is that they are easily available to ordinary users as they impose minimal device restrictions. Any user can access these apps through their smartphone, laptop or tablet. Besides, you do not need to have a dedicated software or operating system to access these apps. A majority of AR applications are fully compatible with Android, iOS, Windows, macOS, Linux, and web browsers like Chrome, Safari, Opera, and more.