Exploring Different Apps that Can be Built with Python 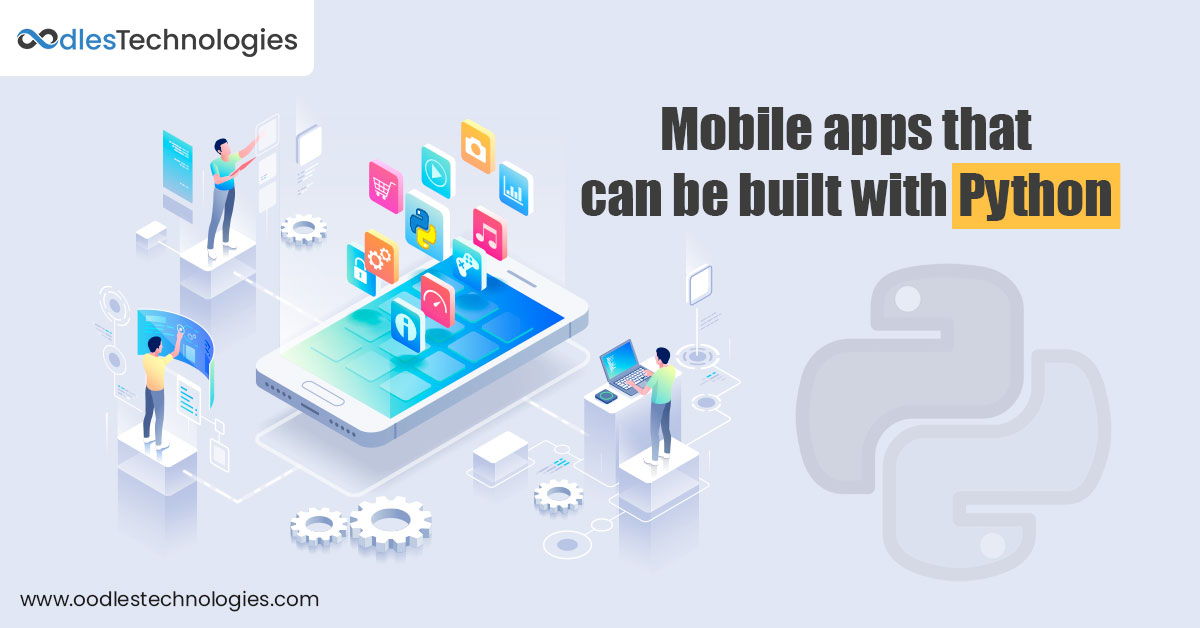 Earlier businesses had limited reach to its customers but with the advent of mobile apps businesses are easily reaching out to more customers across the globe. Mobile apps give businesses exposure to limitless opportunities. Today there is an app for video streaming, games, health, travel, banking and more. To develop these apps application developers require a programming language. C++, Java, and Python are amongst the famous programming languages developers prefer using for mobile app development. Mobile app developers at Oodles Technologies use Python for developing different business apps.

Python is popular among app developers for various reasons including code readability, quick language, it’s compatibility with different operating systems and a rich library. Read here to know the complete benefits of having an app built using Python: Benefits of apps built with Python

To successfully develop an app with Python, developers require a framework for it. The most popular frameworks that are used in Python App Development include Django, Flask, Web2Py, Pyramid, and CherryPy. Our Python app developers have hands-on experience working with different frameworks based on their business requirements. To know more about Popular Python Frameworks click here: Choosing The Right Framework for Python App Development.

Here is the list of apps that can be built with Python:

Another reason why app developers prefer using Python is that this programming language comes with a pool of rich libraries to facilitate the app development process.

Game app developers also prefer using Python. Popular game apps like EVE Online and Battlefield 2 are developed with Python. In Battlefield 2 game Python is used for add-ons and functionalities whereas in the World of Tanks game it is used for creating features. Pirates of Carribean was written using the Panda 3D game engine that uses Python as a development language.

Python enables developers to create a rapid game prototype and Pygame to facilitate the testing of apps in real-time. Python app development companies use Python for creating designing tools. It also assists in various development processes including creating dialog trees and level designing.

System administration apps are difficult to develop as these apps require thousands of tasks to be completed. These apps are expected to manage a large amount of data. Python has proved to be one of the most successful languages in creating system administration apps. It facilitates developers to easily communicate with operating systems using the “OS'' module. Python app developers can easily interface with the currently running OS. Python also makes all IO operations accessible including reading or writing within the file system.

Machine learning (ML) is yet another tech trend that is gaining traction across the globe. ML apps use AI algorithms to gather minute details of the customers visiting an app. Development of Machine learning apps can be complicated but Python libraries solve the problems of developers in developing feature-rich ML apps. Python developers use Scikit and Pandas libraries to develop machine learning apps. These libraries are available for free in the market and are used under GNU license.

Python is known for providing agility. It facilitates in developing ERP and E-Commerce apps. Odoo is one of the most popular management software written using Python Programming language.

Odoo is an all-in-one management software that is written in Python. Tryton, a three-tier general-purpose app is built using Python programming language. Mobile app developers make use of this language to ensure quick and easy deployment of business apps.

Are You planning to get your mobile application built with Python? Our Python app developers use this language for creating video streaming apps, blockchain apps, business apps, and more. For more queries on app development using Python, get in touch with our experts today!

In this blog, we will showcase the Steps to create chatbot in Laravel.

Industry 4.0 And The Adoption Of Technologies

The backbone of Industry 4.0 relates to product development, the phenomenon is largely affecting global sectors and has implications for all types of businesses.