C# and Python are programming languages that have a large community of developers. 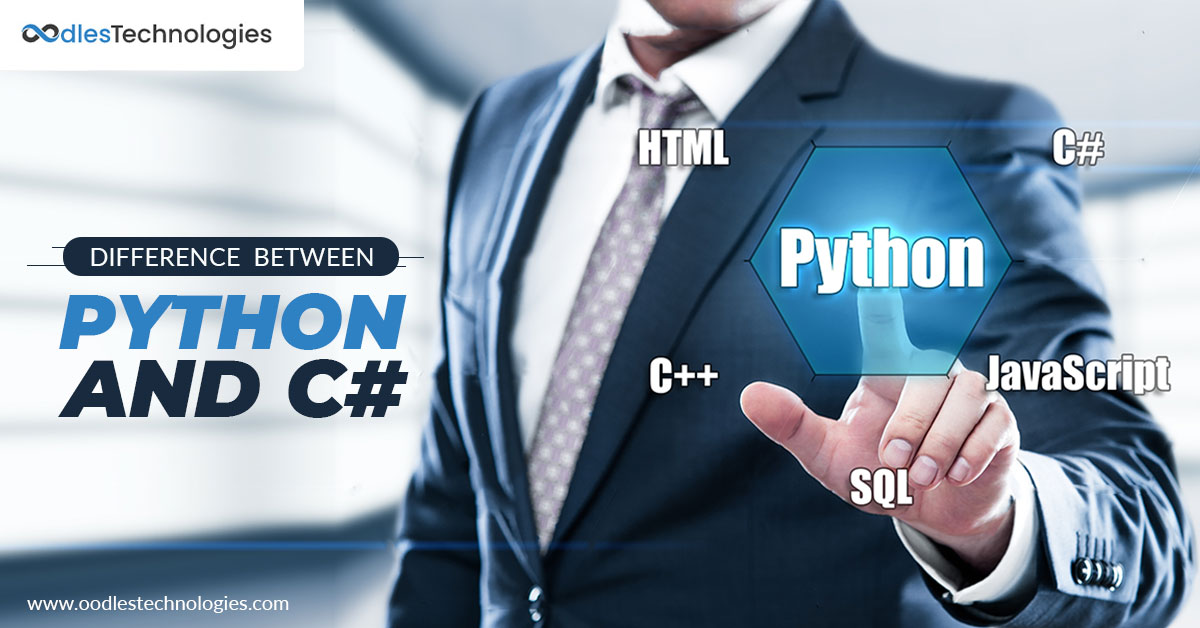 Both possess unique capabilities and are preferable under some given conditions. If you are looking to kickstart a project but are facing trouble in picking the best between C# and Python, we are here to assist you. As a SaaS Web and Mobile app developer, we are familiar with both of these programming languages and bring you a comprehensive comparison between them.

Understanding the Basics of Python and C#

Written by Guido Van Rossum in 1990, Python is a programming language written in an older language, C, which was written in the 1970s. While C# was developed by Microsoft in 2000 in reply to the java programming language by Sun Microsystems. Python is the core of some of the most popular websites such as YouTube, Instagram, Pinterest, among others. C# powers websites like Stack Overflow and is an integral part of trailblazing technologies such as Microsoft Hololens.

So this was a basic overview of both the languages in terms of general information.

While Python is open source and available for all from the very beginning, C# was not open-source until 2017. Due to its open-source nature and free availability, Python flourished over the years as some of the most passionate developers contributed to its progress. C# was not open-source but is backed by the tech behemoth Microsoft help it grow in its vast and resourceful development environment. Nevertheless, C# is also open-source now.

C# edge Python when it comes to enterprise-level systems. As we know, C# is created and run by Microsoft, where a large number of developers work day in day out to keep up with the diverse demands related to any particular project. Microsoft empowers C# developers to utilize visual studio tools for any project. Large development teams can collaborate and use visual studio tools for enterprise-level projects.

Python’s most influential reply to Visual Studio tools by Microsoft is PyCharm. Developed by a Czech company, JetBrains, PyCharm provides a host of features to Python developers. Some of which are code analysis, integrated unit tester, integration with version control systems (VCSes), among others. It is a great enterprise solution for major corporate Python projects.

Also Read: An Introduction To Concurrency in Python

C# is for developers who know way more than just writing the first line of code. They must be fully aware of what compilation, assemblies, namespaces, classes, and methods are. On the contrary, Python enables developers to learn over time and run tests on the go. It is a more dynamically typed language.

Between Python and C#, the former is dynamic, and the latter is static. Being more dynamic means the development process is fast and easy. So, when the team is developing a robust and scalable application, an expert must supervise to ensure the team is on the right track.

Since C# is a static language, it requires compiling. The entire development process has an additional step of compile/build, which makes it a time-consuming outing.

Although C# marginally beat Python in the overall performance, developers may still prefer working with Python due to many reasons. Python facilitates a rapid development process due to its syntax, dynamic nature, and availability of libraries of pre-written codes for reuse.

The PyPy implementation of the JIT compiler enables developers to enhance Python’s performance.

After covering every aspect of the programming languages, there is still no clear winner. Ultimately, it comes down to your personal preference and your project requirements. For high speed and performance-oriented projects, Python can be the one. However, if you are looking for Microsoft integration, reliability on standard syntax & libraries, top performance, go with C#.

We are a 360-degree SaaS development company that caters to the requirements of our clients from every industry verticals. If you are interested in launching a project, you can contact us at [email protected] or visit this link.