Building and Deploying Java Microservices On The Cloud

The advent of cloud computing and digital technologies has changed the way industries work and operate. Widespread adoption of SaaS applications across the industries has enabled businesses to centrally manage their inbound/outbound processes with increased accuracy. 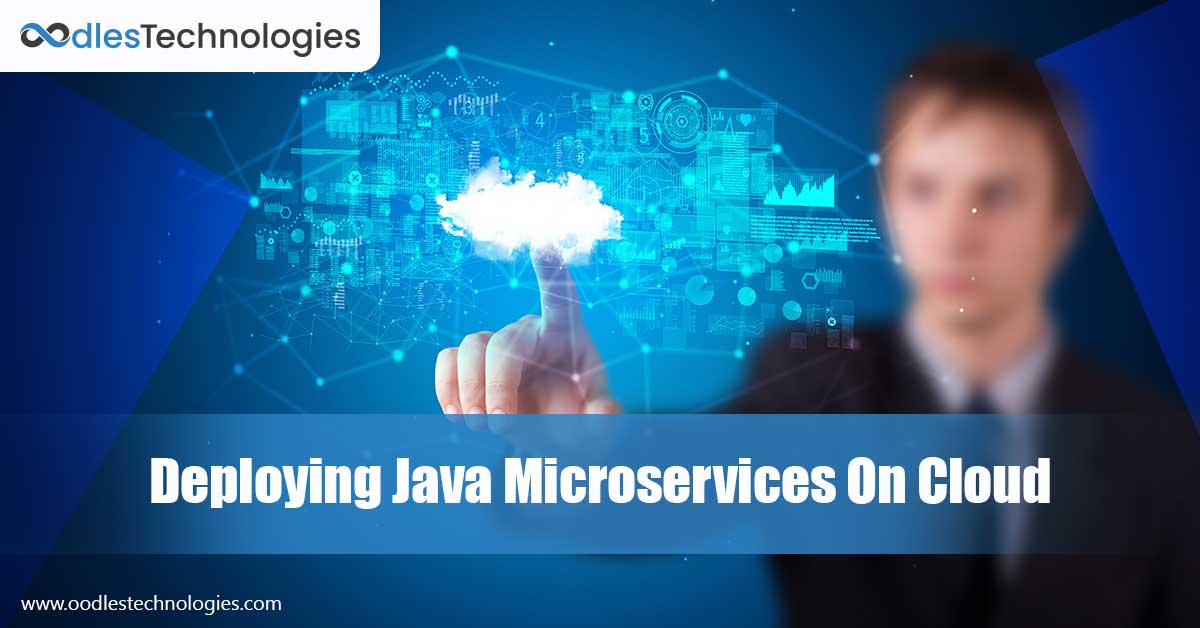 SaaS application development provides enterprises with the required mobility and flexibility to efficiently run their operations across devices. At the same time, optimizing these applications has become essential to address the dynamically changing requirements of their clients, customers, and end-users. However, making code changes in complex software applications can be a tedious and time-consuming task. Not to mention the efforts required to maintain consistency in code and application functionality. To overcome these challenges, developers break a complex software application into smaller independently managed structures called microservices.

Microservices break down large applications into multiple service architectures based on their core functions. For example, an enterprise application may comprise different components like Search, Filter, Customer Reviews, and Product Catalog. Each of these components is developed independently. Yet they all work together on the cloud to create a fully functioning application.

Building microservices-based applications have become increasingly popular in Java development because of its intuitive coding interface and availability of source codes. Besides, Java is the most extensively used programming language that is known to all developers. This blog post sheds light on the significance of building and deploying Java-based microservices on the cloud.

The Significance of Java Microservices?

Microservices are an apt example of the modular software architecture that breaks complex software into smaller, independent parts for improved interoperability. Java microservices have become increasingly popular over the last couple of years as they simplify API management by seamlessly executing discrete tasks. Several prominent companies like Netflix, Amazon, and eBay are successfully running their operations after adopting the microservices methodology. Below are the main benefits of using microservices architecture over monolithic design structures:

No Single Point of Failure

In complex monolithic applications, small software glitches can bring the entire system down. On the contrary, microservices-based applications prevent the instances of a complete system failure. If one component fails, it doesn’t impact the performance of the remaining app components.

In a microservices architecture, multiple services written in different programming languages can coexist with minimal complexities. Besides, you can easily integrate new technologies to enhance their existing capabilities.

Scaling a complex application may take more time and effort since you have to deal with large chunks of code. However, in microservices, you independently manage your service components. As a result, you can easily scale the most essential component at the most appropriate times.

Easy To Build and Maintain

A microservices-based application comprises a set of independent fragments, making it easy to develop and maintain.

Deployment of Java Microservices On The Cloud

Developers can easily deploy microservices-based applications on the cloud using containers that are virtually induced operating systems. Below are the three main approaches for the cloud deployment of Java microservices.

One of the most popular virtual machines for cloud deployment of Java microservices is AWS EC2 AMI. With Amazon EC2 AMI, one can horizontally scale each service using a feedback control loop through the load balancer.

Deploying Microservices as a Docker Container On Kubernetes

Developers can also deploy Java microservice instances as Docker containers on Kubernetes that provides support for scaling, load balancing, and other essential features.

Deploying Microservices as a Serverless Function

AWS Lambda is a useful tool that enables developers to deploy each microservice as a serverless function on the AWS cloud. Deploying microservices using AWS Lambda requires the least operational effort as it eliminates the need for complex servers. However, it involves vendor lock-ins and provides limited control over the execution of code to implement new features.

Building and scaling a microservices application can be easy but deploying them on the cloud can be a daunting task in the absence of the aforementioned tools. There may be hundreds of different services, each carrying its own set of configurations and requirements. As a result, it is essential to use reliable cloud computing services tools like AWS EC2, Kubernetes, and AWS Lambda to seamlessly deploy microservices-based applications on the cloud.

We are an experienced Java development company that specializes in building microservices-based applications. Our Java developers use advanced tools and agile methodologies to build high-quality applications for popular software platforms. We have successfully built several full-fledged microservice applications for our clients using Java-based programming. Our Java application development services provide increased flexibility and agility to implement new features and performance updates. We also have vast experience in cloud computing services and we let you seamlessly deploy your Java applications on platforms like AWS, Azure, and Google Cloud.

Scaling Your Business In 2023 With Micro SaaS: Tips And Trends

Express.js and Nest.js are both popular frameworks for building server-side applications with Node.js.

To assess the needs of the animations on webpage using the appropriate technology,CSS or JavaScript?