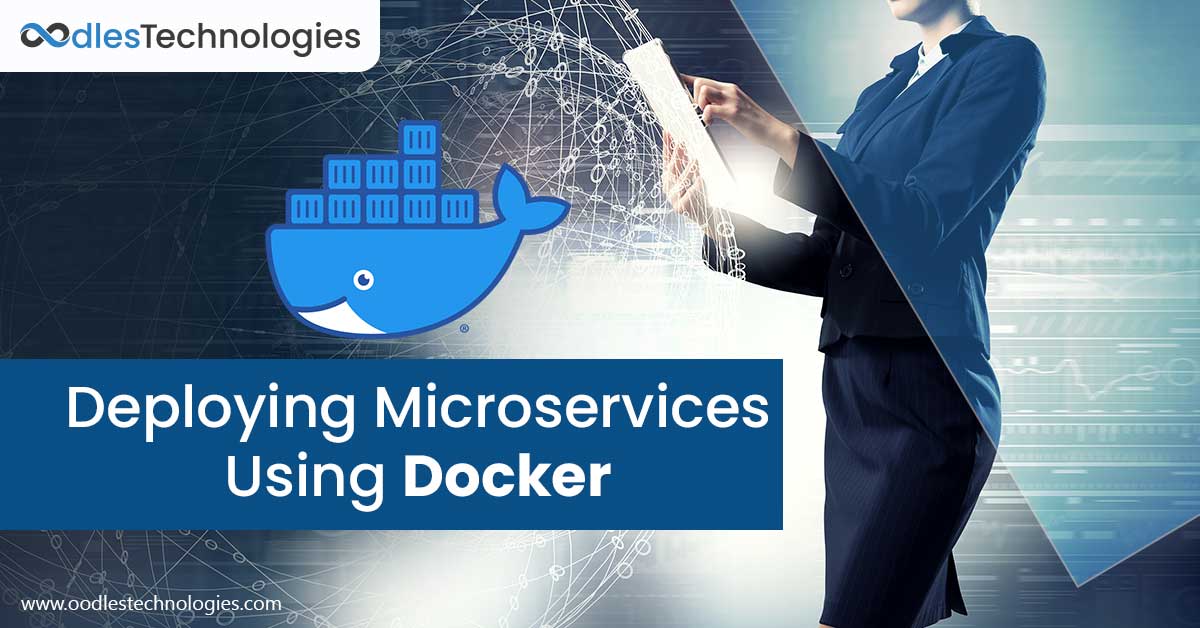 However, despite the many benefits over the monolithic applications, microservice deployment may become cumbersome in the absence of relevant tools. Each microservice is self-sufficient and can be developed in a wide range of programming languages. Since every language has its own libraries and frameworks, using multiple languages will require a completely different set of libraries and frameworks. As a result, cloud deployment becomes more complex, tedious, and time-consuming.

Using Docker technology, however, can easily overcome these challenges. Let’s discuss Docker and its significance in microservice deployment.

Also read Building and Deploying Java Microservices On The Cloud

Docker To The Rescue

Docker is an open-source platform designed to automate building, deploying, scaling, and managing container-based applications. With Docker, developers can build high-quality applications and deploy them on the cloud quickly and more efficiently.

Developers use containers to pack an application with all its libraries and other dependencies in a single image and deploy it as a package. Docker and microservices often go hand-in-hand. We can divide large applications into separate containers, deploy them on the cloud, and manage them easily using Docker.

Below are the main benefits of using Docker for deploying microservice-based applications on the cloud.

You can take any app configuration, put it into code, and deploy it without any problems. As it can be used in a wide variety of environments, the infrastructure requirements are no longer linked with the application architecture.

Docker accelerates the deployment of microservice-based applications by reducing complexities. It is due to the fact that Docker creates a container for every process and does not boot an OS. It can easily create and destroy data without impacting the process efficiency and without increasing the overhead costs.

Docker ensures that a separate container is created for each individual microservice. In addition, it ensures that each container has its own resources that are isolated from other containers. You can have various containers for separate applications running completely different tasks.

Docker supports multiple coding languages to make development quick, easy, and more flexible. Developers can bundle all services required to run a language, including its libraries and frameworks, into linked containers to easily manage multiple platforms.

Containerizing microservices is the best way to avoid the difficulties that developers often face while deploying and managing them. Using Docker is an effective solution for deploying containerized microservices on the cloud. The flexibility and simplicity that Docker provides is the main reason why it has become a preferred choice for microservice deployment and container orchestration.

A diligent and passionate writer with an expertise of creating engaging content and experience of working on several IT and marketing projects. She is slicker about details, instructions, and aims to keep developing her skills.