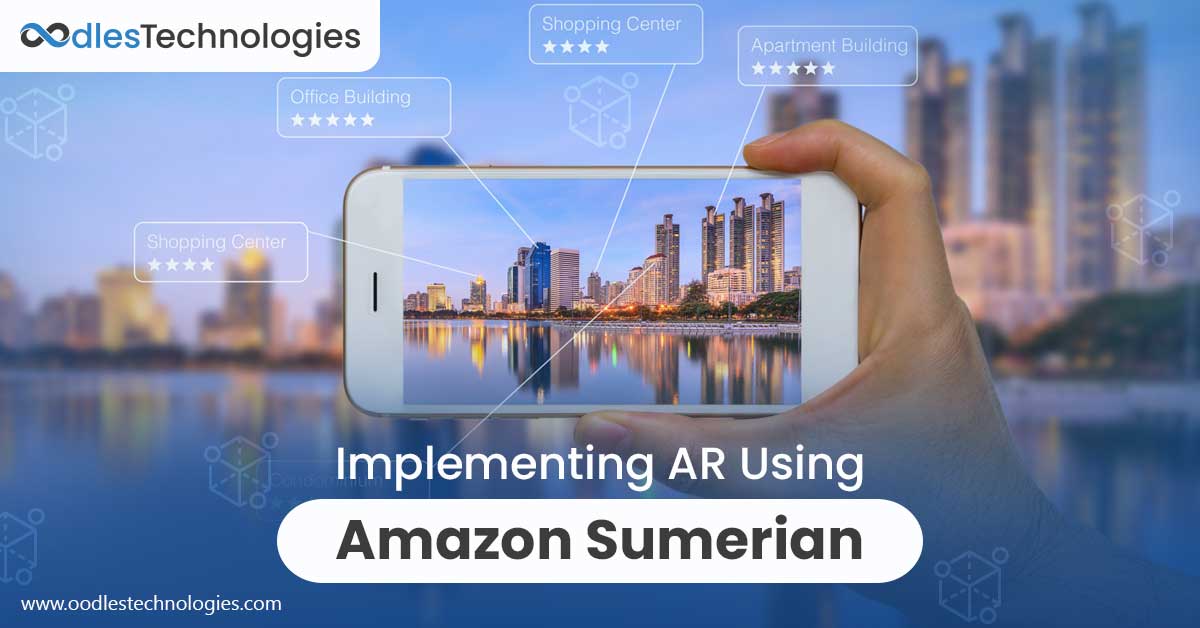 The immersive technologies like Augmented Reality (AR) and Virtual Reality (VR) have become increasingly popular with a wide range of applications. Several mainstream apps like Snapchat, Instagram, and Facebook have introduced AR features to maximize their user engagement. With social media platforms becoming the AR hotspots, many brands in different industries are showing keen interest to adopt AR techniques. That being said, we have seen widespread adoption of Augmented Reality in gaming, shopping apps, location-based apps, and e-learning applications. Besides, several brands use AR techniques in online advertising to effectively promote their products and services.

What Is Amazon Sumerian?

Amazon Sumerian is a set of browser-based tools that enable developers to create and run high-quality AR, VR, and 3D applications with ease. It’s an intuitive toolkit that doesn’t require any programming knowledge or 3D graphics expertise, enabling any user to create and run 3D experiences. Using Amazon Sumerian, developers can build cross-platform AR/VR experiences that run seamlessly on the supported devices. Besides, they can swiftly create a short 3D sequence, test it on the browser and then publish on the website with minimal complications. Below are the key features of Amazon Sumerian that streamline and simplify the AR application development process.

Amazon Sumerian provides a built-in 3D engine containing a library of scripting functions based on JavaScript. However, it doesn’t require a solid programming knowledge and users with a non-development background also create interactive AR experiences. Sumerian comes with a built-in state machine that makes it simple to animate objects and add effects in response to user inputs.

Sumerian offers an intuitive web-based editing tool to construct AR animations and create 3D sequences. Besides, it enables you to import assets, use scripting interactions, and add special effects to a given sequence with cross-platform publishing.

You get a wide array of ready-to-use templates with pre-configured scenes, custom 3D effects, and asset packs. For example, you can use the lighting template in Sumerian to create 3D scenes with pre-configured directional lights. Similarly, the product configurator template is effective at providing a finishing touch by adding custom textures and other effects.

Amazon Sumerian enables you to import or upload 3D assets to use in a given sequence. It supports popular file formats including FBX and OBJ for asset importing.

With all this, you get integration support for a wide range of cloud solutions under the Amazon Web Services (AWS) umbrella. Sumerian provides built-in AWS SDK with JavaScript programming support for seamless integration with AWS services like AWS IoT, AWS Lambda, and Amazon DynamoDB. Integrating an application with AWS services make it easy to store and manage 3D assets securely on the cloud. You can also integrate with Amazon Lex or Amazon Polly to add speech and natural language processing capabilities to the application.

Amazon Sumerian is an extremely useful tool for creating immersive AR/VR and 3D experiences with a variety of customizations. It is extensively used by developers to create interactive AR/VR applications with cross-platform compatibility. However, normal users can also use this tool to create simple 3D scenes and AR experiences without any specialized programming skills. Other similar alternatives to Amazon Sumerian are React VR, Vuforia, A-Frame, and Wikitude.