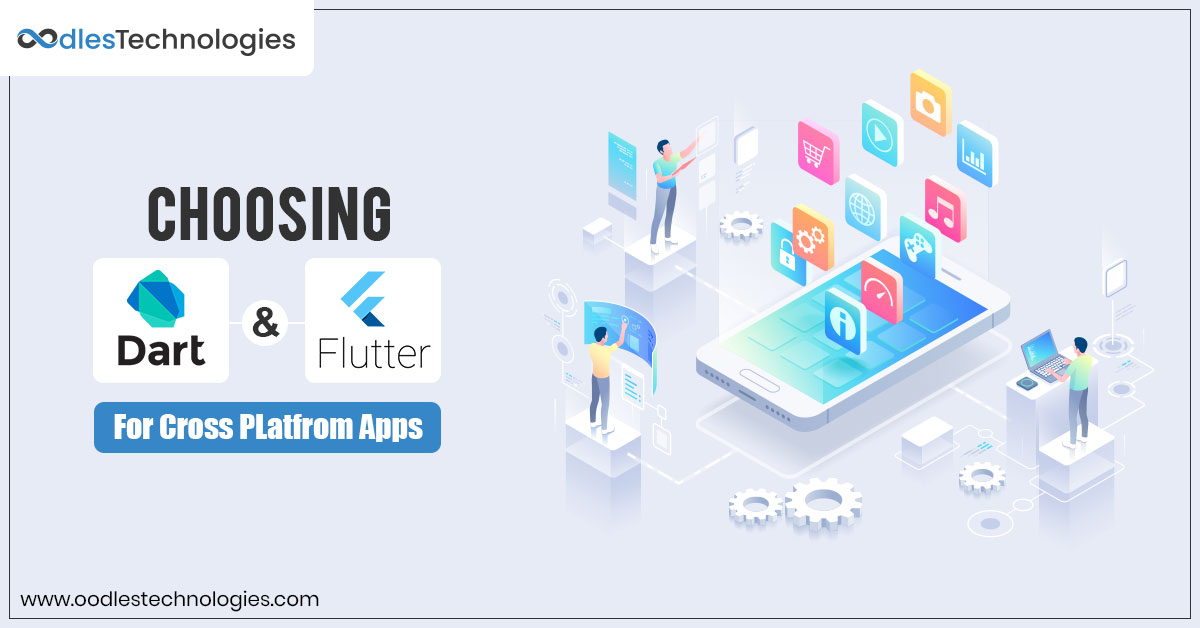 We are a Flutter app development company that provides fast, intuitive apps for businesses across the globe. Our services include:

Developing an app with the Flutter framework provides unlimited benefits to the developers. Click to learn these benefits here.

Ahead of Time (AOT): Dart is ahead of time compiled to be fast and predictable in native code development. It makes Flutter apps perform exceptionally faster. It also facilitates customization of virtually everything including the widgets.

Just In Time (JIT): Dart accelerates software development cycles making it easier for developers to deliver apps within the deadlines.

Creating Animations: Dart facilitates Flutter app developers in the creation of smooth animations and transitions that run at 60fps. It also does garbage collection and objects allocation without locks. Just like JavaScript, Dart ignores shared memory and preemptive scheduling. Flutter apps are designed to native code and require no slow bridge between realms. It starts much faster in comparison to other apps.

Works Individually: Dart individually works for Flutter. It prevents Flutter from using separate declarative languages such as XML, JSX, and other interface builders.

Oodles Technologies Flutter app developers use Dart to provide fast and flexible apps that require 70% of less coding in the development of web and mobile apps.

Dart Characteristics that make it ideal for Flutter development

Compilation and Execution: Computer languages are divided into two groups

Dart offers just-in-time (JIT) compilers. It runs at the time of the execution of the program, performing on the fly.

Dart members work on advanced compilers and VM  before starting the work on Dart for dynamic languages or static languages.  Such experiences enable members to experience Dart’s flexibility with compilation and execution.

Dart is one of the programming languages that support the compilation of both AOT and JIT. Supporting both compilations provides various advantages to Dart and Flutter.

Just in Time compilation is used at the time of development with a fast compiler. When the app is ready to be released it is compiled Ahead Of Time. Using the advanced tools and compilers, Dart delivers very fast execution, fast development cycles, and startup times.

Dart provides flexibility and compilation. It can be compiled into JavaScript and executed by the browsers. It enables the reuse of codes between the web and  mobile apps. Developing an app on Flutter is beneficial for developers because Dart enables 70% of code reuse. Dart benefits developers by enabling its use on a server in different ways: it can be compiled to native code or Compiled with JavaScript using node.js. Dart offers a standalone virtual machine that makes use of Dart language as an intermediate language.

Essentially dart is a compiled AOT, JIT that is transpiled or interpreted with different languages. Dart’s execution and compilation are fast and flexible.

Flutter has an extremely fast hot reload. Using the JIT compiler Flutter reloads and continues code execution in less than a second. It retains apps state across reloads as and when possible so that an app starts from where it has left.

Creating fast apps with smooth functionality makes it easier for users to browse through an app. Various programming languages make fast animation in an app jerky whereas Dart provides a smooth interface to avoid jank. Developers can write a janky app in Flutter but with Dart, developers become more predictable. It gives developers control over the smoothness of an app they are creating. User interfaces created with Flutter run at 60fps which makes it an ideal fast cross-platform framework for app development.

AOT Compilation and the “Bridge”

Dart’s AOT compilation with native machine code provides a smooth functionality with no pauses during runtime to execute JIT compilation and analysis. AOT code is more predictable than JIT.

AOT compiled code prevents developers to follow the “JavaScript bridge”. Dynamic languages like JavaScript interact with across the bridge native code that causes context switches. The context switches are a curse in app development as it unnecessarily slows down the process.

Even compiled codes sometimes require an interface to talk to platform code. It creates  a bridge that has a magnitude faster than the bridge required by a dynamic language. Dart enables the movement of widgets into the app which results in a reduced need to go over a bridge.